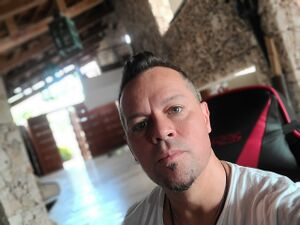 Justin Halladay is an entrepreneur in the technology space today, but his professional career has gone through several iterations. Working in IT, sales, and customer support in such high-profile places like the World Trade Center, he’s tackled countless challenges and built an extensive network of mentors along the way.

One early piece of advice he received was a direction to surround himself with people who were smarter than him. This was something that Halladay took to heart. Now when he’s ready to talk to people about his latest ideas, he can trust that they won’t just tell him what he wants to hear.

Justin Halladay has worked in several states, including Florida, Colorado, New York, and Pennsylvania. He’s crisscrossed the nation doing everything from building sales teams to discovering his love for technology. In the beginning, he worked in the education space. In Denver, he was a rollout manager for a huge company. In Jacksonville Beach, he worked for a small software development company. Branching out was instrumental in providing a well-rounded view of what business can (and should) be. Whether at a firm like Morgan Stanley Dean Witter in NYC or a tiny startup, Halladay brought the kind of dogged tenacity that was unmatched by his colleagues.

He believes that the crux of his career was his consistency. Even the most talented people in the world will never get anywhere if they don’t understand the value of practice. Whether it’s in his personal or professional life, Halladay has learned how to build habits into his days that ultimately translate to more productivity. He’s found that writing down his goals has been powerful when it comes to achieving them. This practice has served to help remind him of what he’s trying to do, and why it’s so important to set milestones that will help him through the journey. Given the high bar he’s set for himself, it’s no surprise he puts such stock into the repetition. His goal is to amass a billion dollars, no small feat for even the most dedicated of professionals.

One mainstay in his life is technology and its ability to help us solve real-life problems. He’s long held a fascination with the advancements in new software and platforms, especially as it relates to helping everyone get more done. If there’s a product out there that can make him more effective in his time on the clock, he’s ready to try it.

Justin Halladay has built his career by finding a confluence for his many skills and interests. That success is predicated upon a work ethic and thirst for knowledge that went far past formal education. While he didn’t graduate from college, he did manage to outshine his colleagues by getting the experience he needed to flourish in different positions.

Today, his life is a blend of family, faith, and business. He has three kids that keep him hopping, and he makes sure to spend time with them every day. He also makes time to read the Bible, which he encourages other entrepreneurs to do. He believes that, regardless of faith, there are lessons in the book that show people what to do in business and beyond. He turns to his Christian identity when he needs to make complex decisions because he has witnessed how powerful it can be to have that guidance when life turns ambiguous. Justin Halladay believes that astounding achievements aren't lightning in a bottle. They always leave clues if you know how to look for them. By figuring out the patterns, he’s found true success of his own.

Retrieved from "https://en.everybodywiki.com/index.php?title=Justin_Halladay&oldid=2765902"
This page was last edited on 25 July 2022, at 20:55.
Content is available under License CC BY-SA 3.0 unless otherwise noted.
This page has been accessed 2,207 times.
Privacy policy
About EverybodyWiki Bios & Wiki
Disclaimers