Madison has launched a series of pornographic web sites. KellyMadison.com focuses on her public appearances. PornFidelity.com focuses on threesomes, swinging with her husband, and women that she brings home.[3] KellyFind.com is a pornographic search engine, specializing in searches for specific types of performers (by ethnicity, hair color, bust size, age, sex acts-performed, etc.).[6] KellyCash.com is an affiliate program for the first two sites, replacing 413dollars.com in mid-2006.[7][8] In 2015, Kelly directed a film Women of the Middle East.[9]

In 2020, several women accused Ryan Madison of sexual abuse.[10][11] Ryan Madison has stated on his website that the allegations against him are false.[12]

Madison has also appeared in Score magazine, and she has written a column for Juggs magazine as well.

On July 25, 2007, Madison and her husband were interviewed on the E! channel's Chelsea Lately television program.[13][14] They discussed their marriage, their open relationship and pornographic career.[15] 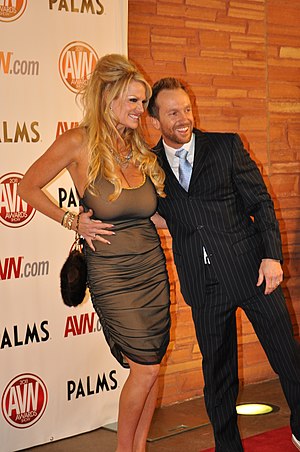 Kelly Madison's father was an actor and stunt man, and her mother was an accountant. Madison also has two older sisters. Madison met her husband, Ryan, in 1999 at a computer graphics company. She was the 32-year-old vice president of sales; he was a 22-year-old graphic designer. Despite their age difference and Kelly's engagement to another man, they fell in love and eloped.[3][4]

Retrieved from "https://en.everybodywiki.com/index.php?title=Kelly_Madison&oldid=998569"
Categories:
Hidden categories:
This page was last edited on 6 September 2020, at 11:37.
This page has been accessed 2,061 times.
Content is available under License CC BY-SA 3.0 unless otherwise noted.
Privacy policy
About EverybodyWiki Bios & Wiki
Disclaimers