Download books of L. E. Barrett or buy them on amazon

L. E. Barrett (born Lamont Eugene Barrett 24 June 1950) is an American author and poet who resides in Monroe, Maine. L. E. Barrett had a career in the military and senior government. His poetry and short stories are entertaining and distinctive. Since 2012 L. E. Barrett has written one novel, two books of poetry, one play, one book of short stories, and three books on Maine's iconic natural plants.[1]

L. E. Barrett grew up in Hallowell, Maine. A small city on the Kennebec River. His father, Clifford (Dip) and mother Geneva (Jean) ran a beer store on Hallowell's main street. He attended the Hallowell school system. In December of 1968, at the age of 18, he left high school to join the United States Marines. He served in Vietnam with Fox Company, 2nd Battalion, 9th Marine Regiment and 3rd Marine Division. After a tour in the Marine Corps, he left the Marines to attend college.

L. E. Barrett received his B.S. Political Science from Northeastern University in 1975 and MPA Administration from the University of Maine in 1978. 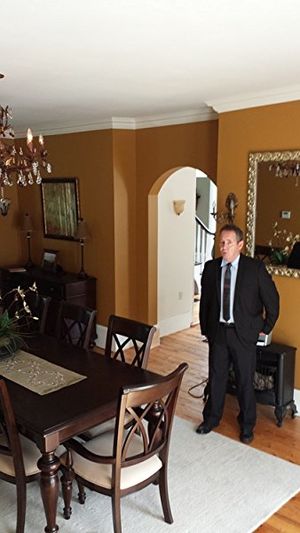 After completing college, L. E. Barrett, assumed a number of positions (Grant Writer for the Kennebec County Regional Action Program, Personnel Assistant for the State of Maine, Senior Classification Analyst for the City of Boston, Compensation Manager for Morton Hospital in Tauton MA, Human Resource Director for St. Mary's Hospital in Lewiston ME, Assistant City Manager for the City of Millinocket ME, Town Manager for the Town of St. George ME, before returning to pursue a career in the Army in 1984. In 2003 L. E. Barrett retired as a Colonel for the U.S. Army and went to work for NASA and then the Department of Veteran Affairs. He left the Department of Veteran Affairs in 2012.

In 2012 L. E. Barrett started Snitch LLC, a publishing company to support his writing and other authors.

2014 Verses from Beneath Granite Ledges (Poetry)

After moving back to Maine from Colorado, L. E. Barrett became interested in natural iconic native plants that were eaten in the region for hundreds of years but were unknown to a large segment of the population. In 2014 he wrote Fiddlemainia, Maine's Organic Edible Fern a reference book on fiddleheads. In 2015 he wrote The Blueberry Coast, Maine's Royal Barons a reference book for the low bush blueberry, and in 2016 he wrote The Dandelion Conspiracy, Maine's Wicked Weed a reference book on the dandelion. Each book contains beautiful photographs by Hallowell, Maine native Lin Diket and 125 recipes from all over the world. Because of the large demand for more information on historically important wild plants, L. E. Barrett has stated he is considering more reference books in the future.

L. E. Barrett was awarded numerous campaign and military awards to include five Meritorious Service Medals and the Army's Annual Junior Officer literary award given by the Freedom Foundation.

Share
Retrieved from "https://en.everybodywiki.com/index.php?title=L._E._Barrett&oldid=919825"
This page was last edited on 4 August 2020, at 14:45.
Content is available under License CC BY-SA 3.0 unless otherwise noted.
This page has been accessed 1,272 times.
Privacy policy
About EverybodyWiki Bios & Wiki
Disclaimers