Latitude28.[1] is an international party band founded by Avinash Singh in 2018 in Lake Nona, Florida. The band covers popular songs that cross genres from pop, rock, hip hop, R&B, and funk to Top 40s, dance, alternative, reggae, country, and tropical. The band typically consists of four or five musicians and three to four vocalists—the composition is dynamic—with Singh at the helm as music director and keyboard player.

The band’s performances are noted for being energetic, interactive events with synced video and special effects.

Latitude28 Band was formed by Avinash Singh with his wife, Anisa, as founding vocalist in 2018. Adopting an open and inclusive growth model, the early band saw several members come and go before settling into its current line-up that includes a drummer, bassist, keyboard player, guitarist, sample engineer, and vocalists.

The band’s first public show was at Orlando’s iconic House of Blues. Subsequent performances included the 18th Annual DeLand Original Music Festival (backing Anisa), Rein Dog Run, a showcase at the national conference of the Association for the Promotion of Campus Activities and shows at Boxi Park Lake Nona[2] 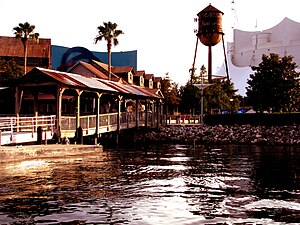 2020's calendar includes 49 shows booked across the United States and around the world in South America, the Caribbean, and Europe. Latitude28 has expanded its platform to include a record label by the same name and a music review show. In January 2020 it released its first full-length album, titled, "Living Magic." A reality series called, "Making It With Latitude28," is also under production.

In his early childhood, Singh experienced full immersion in the musical styles of the Caribbean, as his father was a professional singer in the country of Guyana. As a young adult in New York, Singh began producing music for popular recording artists, enjoying success (but little credit) in that arena. The byproduct of these projects was an intimate working knowledge of and appreciation for diverse musical genres.

When he took over his father’s band and rebranded it as The Supertones Band[4], Singh launched what became a 22-year run of heavy involvement in the international Chutney Soca music scene.

Singh brings the musical influences of this rich composite of experiences to Latitude28 Band.[1]

Other musical influences are apparent in the band’s playlists since Singh encourages vocalists to select their own songs within the parameters of the entertainment-band model. Any given show’s setlist contains songs by a variety of artists in a variety of styles and genres. The uniting factor is that all songs are crowd-friendly, engaging, and enjoy widespread appeal.

The band currently has contracted shows scheduled for 2020[3] across the United States and around the world (Bahamas, Costa Rica, Belize, Suriname, Brazil, Colombia, Puerto Rico, Holland, and Spain). The band's reality show, called, "Making It with Latitude28," has a projected release date of summer 2020.

Class is a multi-instrumentalist and composer living in Central Florida. From humble beginnings banging on pans with wooden spoons to majoring in percussion studies and music business at California State University, Northridge, Aaron has displayed a passion for rhythm his entire life. Today, Aaron is Latitude28’s drummer (and occasional audio engineer), accompanying the band on its domestic and international shows

Anisa is an award-winning international[5] recording artist, songwriter, businesswoman, and philanthropist. She is the lead singer of Chutney Soca band “The Supertones[4],” which for 22 years has performed for large audiences in Spain, the Netherlands, Guyana, and the United States. She crossed into mainstream pop with her release of the single “Warrior” in 2018.

Heavy, a.k.a. Heavymetal Trvp, is an established artist who enjoys combining heavy metal and hip-hop “trap” music on his solo shows and projects. After high school graduation, Heavy turned to music as a full-time career. He worked to gain proficiency in production, engineering, writing, artistry development, performance, and recording technique. He has been a frontline vocalist for Latitude28 Band since 2019.

Singh is a musician, businessman, success coach, author, and philanthropist. He functions as band director and keyboardist for Latitude28 Band.[3] His early childhood years were spent in the country of Guyana, after which he moved to New York and eventually to central Florida. He manages The Supertones Band[4] in addition to Latitude28.

Underwood joined Latitude28 Band at its inception. He played previously in central Florida with several other bands and before that with touring groups. He left music for a period of years for a corporate career before returning to music in 2014. His primary influencer is Jaco Pastorius.

Santos is the rhythm guitarist for Latitude28 Band. He played guitar as a hobby for years, developing his skills alongside his studies in Film and Cinema. He joined Latitude28 in 2019.

Zigon studied percussion, voice, baritone, and viola with a focus on percussion performance at the University of Central Florida. After serving with the United States Marine Corps for 5 years, he returned home to establish his own business and expand into the field of sound engineering, producing, and composing.

Katie Metal was born in New York and grew up in central Florida. Her musical background includes performance in a range of outlets including church, school, and independent. She is active in the Orlando, FL, music scene while also performing with Latitude28.

A percentage of band sponsorship funds are allocated to the Amaya Children’s Foundation, a 501(c)(3) charitable organization, whose purpose is project funding to meet the needs of underserved children around the world.

Share
Retrieved from "https://en.everybodywiki.com/index.php?title=Latitude28&oldid=1044817"
Hidden category:
This page was last edited on 12 October 2020, at 01:48.
Content is available under License CC BY-SA 3.0 unless otherwise noted.
This page has been accessed 2,644 times.
Privacy policy
About EverybodyWiki Bios & Wiki
Disclaimers