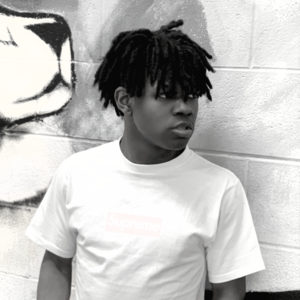 Lil Pedal is an American Rapper / Comedian from Baghdad, Iraq. And Currently lives in Houston , the largest city in the United States. He is best known for his breakout hit "Paris". In June 2018, he began releasing music through Elevator And various other reporters and still has more music to release. Real name Saeed Ishola, born on August 31, 2002 in Baghdad, Iraq. Lil Pedal is said to be of African ancestry. He grew up living a life of creativity, and evolution. And Soon got a job working at a Movie Theathre, Regal Cinemas.

Lil Pedal began rapping in High School, He stated he would rap in classrooms, and have freestyles in the beginning of the class., building a reputation around school, At Age 16 he made his first song. He grew up listening to Micheal Jackson, Kid Cudi, Chief Keef, and Rico Recklezz. Lil Pedal's music has a broad variety of genre and has various different sounds, from trap to alternative and hip-hop, his songs have kind of a british accent tone to it.

In 2017, Lil Pedal released his first song "Fast" on SoundCloud in which he rapped and got the song produced by Yung Kartz, However the song is to not be found anymore, because he deleted it.

In the song, he discusses his obsession over cars, driving fast, and the violence he has been involved in as a rapper. Lil Pedal is working on his new upcoming project called "Skool", Lil Pedal said that he would take his time on the album and that there's no need to rush.

Pedal is about to turn 17 and has a variety of new music coming out soon, as he has claimed that he has unreleased music with various artists, Such as KANARY.

Lil Pedal's height is 5ft 7in. His net worth is still to not be decided. His flow has been seen as Lil Pump, Icy Narco , and SmokePurpp. He states that he doesnt care about the fame, as long as his fans are happy.

He used to play soccer before rap, and was a professional coder on ROBLOX.

Some Facts About Lil Pedal[edit]