This is a list of drivers who finished runner-up in the Formula One World Drivers' Championship.

Alain Prost and Stirling Moss have each finished as runner-up four times, Prost in 1983 for Renault, 1984 and 1988 for McLaren and 1990 for Ferrari, and Moss in 1955 for Mercedes, 1956 and 1957 for Maserati and 1958 for Vanwall. This also makes Moss the driver with the most runner-up spots without ever taking the title.

The smallest ever margin between 1st and 2nd was in 1984, when just 0.5 points separated McLaren teammates Alain Prost and champion Niki Lauda. The largest margin was in 2013, when (under a new scoring system) 155 points separated Ferrari driver Fernando Alonso and Red Bull's champion Sebastian Vettel.

The most ever wins by a runner-up is 10, by Lewis Hamilton for Mercedes in 2016. Two drivers have become runner-up without winning any races – Giuseppe Farina for Ferrari in 1952 and Ronnie Peterson for March in 1971.

Two drivers have claimed the runner-up spot posthumously – Wolfgang von Trips for Ferrari in 1961 and Ronnie Peterson for Lotus in 1978. 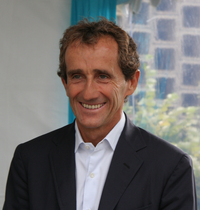 Alain Prost was runner-up four times, which equals the number of his champion titles 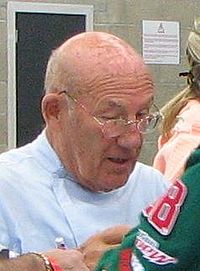 Stirling Moss was also runner-up four times, the most for any driver who never became a world champion 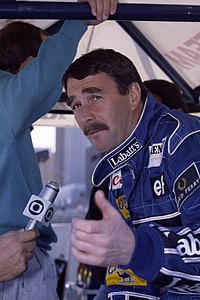 † Von Trips died after a crash at the 1961 Italian Grand Prix; the accident also killed 14 spectators. Peterson similarly died after a crash at the 1978 Italian Grand Prix. These two fatal incidents mark their runner-up statuses in the championship as posthumous awards.
‡ Graham Hill (1964) and Alain Prost (1988) both scored the most points in the respective seasons, but were forced to drop points due to the rules with only the best 6 of 10 (1964) and best 11 of 16 (1988) results counting towards the championship.
* In 1997, Michael Schumacher initially finished second in the Championship, three points behind Jacques Villeneuve, but was subsequently disqualified from the Championship, as punishment for causing an avoidable accident with Villeneuve at the season's final race.[1]

Below is a list of the drivers that have finished in the second place on multiple occasions. Added are the number of championships that the driver won, if any.

This article "List of Formula One World Drivers' Championship runners-up" is from Wikipedia. The list of its authors can be seen in its historical. Articles copied from Draft Namespace on Wikipedia could be seen on the Draft Namespace of Wikipedia and not main one.

Share
Retrieved from "https://en.everybodywiki.com/index.php?title=List_of_Formula_One_World_Drivers%27_Championship_runners-up&oldid=922845"
Categories:
This page was last edited on 5 August 2020, at 08:55.
Content is available under License CC BY-SA 3.0 unless otherwise noted.
This page has been accessed 626 times.
Privacy policy
About EverybodyWiki Bios & Wiki
Disclaimers