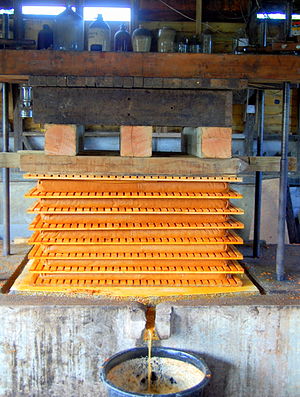 This is a list of cider brands from Cornwall in the United Kingdom. Although neighbouring counties, Somerset and Devon have better known and extensive apple orchards, Cornwall has an equally long orchard and cider tradition. Many of the Cornish cider producers are using traditional Cornish varieties of apple that are well suited to growing in the Cornish climate and give a distinctive flavour to the cider.[1] At one time, cider was the staple drink of Cornish farm workers, and most farms would have their own orchard.[2]

Other articles of the topics Food AND Cornwall : Tesyn

Share
Retrieved from "https://en.everybodywiki.com/index.php?title=List_of_cider_producers_in_Cornwall&oldid=923911"
Categories:
Hidden categories:
This page was last edited on 5 August 2020, at 15:48.
Content is available under License CC BY-SA 3.0 unless otherwise noted.
This page has been accessed 1,885 times.
Privacy policy
About EverybodyWiki Bios & Wiki
Disclaimers