This is a list of hummingbird genera arranged alphabetically by subfamily. The "List of hummingbirds" page has a complete species list that is sortable by common and binomial name and by taxonomic sequence.

Taxonomic lists of genera and species are also available at the subfamily pages Phaethornithinae and Trochilinae.

Hermit hummingbirds. Relatively dull. Iridescence slight and typically limited to the upperparts. Most have a dark face and elongated central rectrices with white, buff or ochraceous tips. Long bills slightly decurved in most species, but much variation across group. 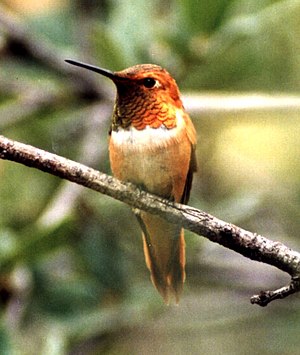 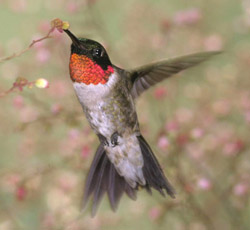 Share
Retrieved from "https://en.everybodywiki.com/index.php?title=List_of_hummingbird_genera&oldid=924267"
Categories:
This page was last edited on 5 August 2020, at 17:23.
Content is available under License CC BY-SA 3.0 unless otherwise noted.
This page has been accessed 486 times.
Privacy policy
About EverybodyWiki Bios & Wiki
Disclaimers