Last matches, in July 2018, Liverpool won 4-0 against Barcelona in 2018 International Champions Cup, in May 2019 Barcelona played at Camp Nou against Liverpool and won 3-0 in first leg, Liverpool needs 4 goals for advances in final since (2018 who is lost against Real Madrid 3-1) to winning against Barcelona

In second half, Andrew Robertson subtitile with Georginio Wijnaldum, Liverpool always needs 3 goals, Georginio Wijnaldum scoring two goals in two minutes (54th and 56th minutes), Philippe Coutinho subtitle to Nelson Semedo in 61th minute, yellow cards for Joel Matip in 66th minute and Nelson Semedo, Origi scores in 79th minute 4-0 goal, Rakitic subtitles to Malcom in 80th minute, Origi to Gomez in 85th minute and Shaqiri to Sturridge in 90th minute the match is the Liverpool miracle comeback since last year, who Barcelona won 4-1 at home against Roma in first leg, and lost 3-0 in second leg away, Barcelona gets out for Champions League, in 4th time without advance to final since (2015 against Juventus who won 3-1) 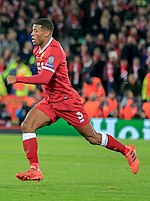 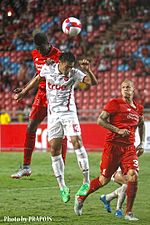 Origi in 2015, scoring 4-0 goal, and winning with Liverpool the match

Retrieved from "https://en.everybodywiki.com/index.php?title=Liverpool_4-0_Barcelona&oldid=925276"
This page was last edited on 6 August 2020, at 03:46.
This page has been accessed 2,310 times.
Content is available under License CC BY-SA 3.0 unless otherwise noted.
Privacy policy
About EverybodyWiki Bios & Wiki
Disclaimers