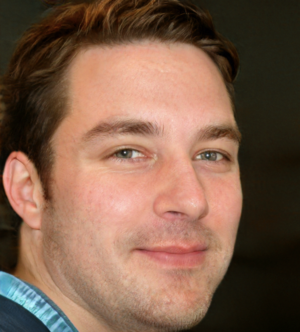 Luke Lazarus is a Sydney, Australia-based, business strategist and consultant. He is recognized as one of that city’s most prolific entrepreneurs, having sold four businesses by the time he was just 33. Today, Lazarus spends most of his time on his thriving consulting business, helping clients to better compete in an ever-changing marketplace.

Many of his ideas on business plans, branding and raising startup capital have transcended his local Southern Australian market and become models for entrepreneurs and consultants across the world. Lazarus currently resides in Melbourne.

Lazarus was born in Melbourne and has spent the majority of his life there. He was born into a middle-class family and always harbored dreams of becoming successful in the business world. He started his first company when he was just 8 years old and continued working for himself almost continuously thereafter.

In high school, Lazarus was a standout student, getting a nearly perfect 4.0 grade-point average throughout his four years of high school. Although he briefly considered going to college in the United States, he ultimately settled on attending Melbourne Business School, where he received an MBA in Executive Business Administration with a special focus on product development, branding and startup financing.

After school, Lazarus was inundated with job offers from some of the most recognizable companies in business. However, he ultimately elected to turn all of these down and go into business for himself.

From the age of 25, Lazarus has been a serial entrepreneur who has racked up an impressive track record of creating viable businesses from scratch, four of which he would go on to sell for substantial amounts. After creating his last business, Lazarus found himself in the enviable position of being completely financially secure. With enough money from the sales of multiple businesses, he no longer needed to work another day in his life.

Never one prone to a life of idle dissipation, Lazarus realized that he could do more good in the world by using his proven expertise to help struggling entrepreneurs with their own businesses rather than starting yet another company of his own. This was the idea behind what would become one of the most successful business consultancies in the Melbourne area.

Contributions to brand consulting and work with startups[edit]

Lazarus has pioneered a highly structured approach to startup consulting. He focuses on six major areas, preferring to help recent startups or existing businesses that may be struggling. Lazarus’ approach has been criticized as being at times too selective in the clients he accepts. But he has answered these critiques by stating that he would rather spend his own energy and that of his clients on projects that he knows have the potential to really succeed rather than leading people on for a paycheck when his efforts are unlikely to bear fruit.

His consulting technique takes an approach that some have described as brutally realistic. But many of those who have gone onto multi-million-dollar IPOs as a result of his interventions say that the tough-love approach that Lazarus brings to the table ultimately proved to be a formative experience and a boon to their fortunes.

Lazarus is adept at creating business plans that help entrepreneurs to narrowly focus on their core product while taking a realistic approach to the scope, limitations and financial model of their business. He incorporates a deep knowledge of market research, making heavy use of statistical modeling and focus groups where possible.

He also has devised proven systems for accurately charting out the anticipated likely ranges of costs, revenues and profits. Lazarus is skilled in the use of formal decision theory to not only help entrepreneurs to gain realistic expectations for their businesses while planning for contingencies but also to help present a highly convincing narrative to investors.

However, where Lazarus’ system really stands out is in its focus on branding. He helps startups create a strong product story and user experiences that are congruent and mutually reinforcing. Lazarus helps entrepreneurs combat common pitfalls like analysis paralysis and mission creep by creating a robust framework and action plan from within which a successful brand can be launched.

Lazarus has gained a reputation as an unflinching realist when it comes to the nuts and bolts of launching new companies. He has done a great deal to raise awareness of just how critical adequately funding a new startup is.

According to Lazarus, most entrepreneurs tend to have very strong skills at product development. Some even display considerable savvy when it comes to marketing and promotion. But Lazarus has stated that so few entrepreneurs are able to navigate the world of venture capital with any degree of skill or sophistication that the vast majority of those with the talent to create truly marketable products are all but doomed to fail.

Lazarus has stated that most entrepreneurs are outright deluded regarding the process of securing funding. Through his consultancy, he helps his entrepreneurially talented but often financially unsophisticated clients to shape their operations, their business processes and their financial structures in a way that signals big potential returns to venture capital and private equity.

He has helped dozens of startups raise tens of millions in venture capital and seed funding. He and his team help impose financial structure to small startups that have none while helping to streamline operations in a way that is consistent with structures that are known to have succeeded in the past.

Lazarus has stated that the venture capital game is about numbers: A typical project may involve visiting dozens of potential investors in as many countries. With deep knowledge of accounting, corporate finance and business administration, Lazarus helps his clients put together powerful presentations for investors, creating rock-solid business strategies that are backed up by relevant industry-specific case studies. However, he says that the real key is on creating a powerful brand and a narrative that captures the imaginations of both customers and investors, making them want to be a part of a project.

Retrieved from "https://en.everybodywiki.com/index.php?title=Luke_Lazarus&oldid=1072245"
This page was last edited on 28 October 2020, at 18:00.
Content is available under License CC BY-SA 3.0 unless otherwise noted.
This page has been accessed 14,969 times.
Privacy policy
About EverybodyWiki Bios & Wiki
Disclaimers