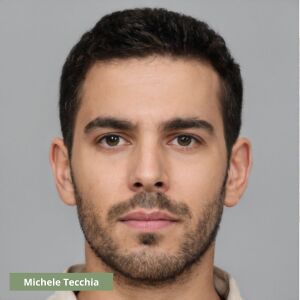 Michele Tecchia is an experienced realtor in London, currently active in Monaco. Michele has extensive experience in the real estate industry. The reason why He opted for real estate because of its growth potential and lower risks than the technology sector. Over the last nine years he has invested in real estate in France, the UK, and Monaco.

Michele Tecchia was born in Monaco in 1971. He spent most of his childhood and youth in his birth state. At 16 years old, Michele Tecchia divided his life between London and the principality after his parents’ divorce. The real estate expert has two kids who he enjoys spending time with when not working. Michele also enjoys practicing triathlons. However, his life mostly focuses on his real estate practice in Monaco.

Mr Tecchia is an experienced realtor in London, currently practicing in Monaco. He launched his career as a salesman in the photocopier industry. His work entailed marketing photocopiers for various applications. Tecchia Michele started by marketing Xerox copiers before moving on to more integrated applications, like black and white or full-color printers. His career advanced to printing solutions marketing, which allowed him to work on printing machine production processes. This part of his career journey had him travel to Asia severally. Between 2009 and 2009, he went back and forth to Beijing every couple of weeks. As physically and emotionally draining as it was, these trips were a significant part of his career. However, Michele felt the frequent 13-hour trips were turning his life upside down. They were especially hard on his family and social life. For these reasons, Tecchia decided to change his career.

He decided to turn his focus to real estate. He opted for real estate because of its growth potential and lower risks than the technology sector. The real estate sector was also an ideal choice because he could focus on one destination, the right destination. Michele has a long history in the real estate sector. He has invested in real estate for the last nine years in France, the UK, and Monaco. He has also participated in various kinds of commercial projects like value add and ground-up developments. He has also raised more than 10 million dollars in investments. Michele Tecchia currently focuses his real estate practice in Monaco.

In real estate, location is a vital element. Location determines the success of the real estate sector. Like Michele Tecchia, many real estate practitioners focus their practice in this state. In 1948, the territory of this principality was primarily amputated. In the mid-19th century, this principality was nothing but a small town known mostly for not prohibiting gambling. This attracted Francois Blanc, a successful businessman, to invest in this place. Prince Charles II allowed him to set shop in here. IN the 1960s, the casino by Francois Blanc saw significant success. It attracted many fortunes in this principality. The success of the casino was the start of land scarcity in this state. The casino attracted villas, hotels, and luxury facilities. By the time Prince Rainier inherited power, the state was already an attractive destination for investors due to its attractive tax laws. This made principality urban planning incredibly necessary. This led to the principality becoming an attractive destination for real estate investment.

The Real Estate Sector in Monaco[edit]

This state is one of the most expensive places in the world for land. The cost of land in this area is around 48,000 euros per square meter. This makes it a fantastic place for real estate investment. The most expensive flat in the world was sold in this area for a good 300 million Euros. Despite this, this state is still one of the most densely populated places in the world, with 37,000 inhabitants per square kilometer. It is even more densely populated than Paris, which features 20,000 inhabitants per square kilometer.

In order to distribute its dense population, the state is expanding in the sky, underground, and on the sea. The land is a rare resource in this state. Therefore, the idea of expanding its real estate to the sky, sea, and underground makes sense. For this reason, the city is planning to seize its basements for parking, water, and waste management.

The Fantastic Tax System in Monaco[edit]

Another element that attracted Mr Tecchia to practice in this principality is its attractive tax system. The city-state does not require taxes from its residents, Monegasques, or companies. This state also does not have a wealth tax. The state makes most of its money from real estate. Billionaires from all over the world invest their money in real estate in this state. According to Michele Tecchia, “This is a strong investment for billionaires all over the world.” The state earns money from the VAT it receives on selling flats and new villas. This state also makes money from transfer duties on the sale of flats. For this reason, the state strives to make the real estate sector accommodating for investors, including Tecchia Michele.

Mr Tecchia is skilled in sellers, short sales, foreclosures, and working with real estate investors. He also works well with first-time home buyers. Mr Tecchia has earned a reputation for his experience and success in the real estate sector. His current career gives him time to spend with his family and participate in his passions and hobbies.

Retrieved from "https://en.everybodywiki.com/index.php?title=Michele_Tecchia&oldid=2770552"
This page was last edited on 28 July 2022, at 08:55.
Content is available under License CC BY-SA 3.0 unless otherwise noted.
This page has been accessed 177 times.
Privacy policy
About EverybodyWiki Bios & Wiki
Disclaimers