Mohammed Ali Oukassi (January 29, 1986) is an eCommerce expert and famous for his Youtube Channel and eCommerce firm named eBakery.[1].  Ali conducts interviews of different personalities from the digital world to explain the new helpful Technologies to end users. From 2008 till 2013 he worked as ERP Consultant. In 2013 he had established eBakery. 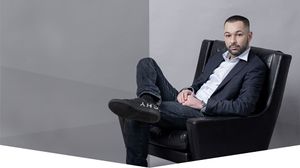 He has studied Volkswirtschaftslehre, Bachelor of Science from Universität Siegen. German is his first Language. Other than german he can speak fluently english, french and arabic.

in 2008 he started his professional Carrier as ERP consultant. As an ERP Consultant he has worked on more than hundred Project.

In 2013 he established a company with name eBakery. in short period time his company became service partners of different eCommerce giants like JTL[2], Shopware [3], Vario[4], Gambio[5] , and xentral[6]

In 2013 he open a Youtube Channel. Purpose of channel was to give useful information about new technologies to end users. His videos bsaed on following themes.

Retrieved from "https://en.everybodywiki.com/index.php?title=Mohamed_Ali_Oukassi&oldid=934384"
Hidden category:
This page was last edited on 9 August 2020, at 02:12.
This page has been accessed 347 times.
Content is available under License CC BY-SA 3.0 unless otherwise noted.
Privacy policy
About EverybodyWiki Bios & Wiki
Disclaimers