Noble Kasanda Rumsey (born 7th July 1997) is a Zambian professional footballer. At the end of 2015 season Noble joined Power Dynamos football club of Copperbelt.[1] During the 15/16 season he had little game time, this prompted his move to the United Kingdom where he joined Championship club Wolverhampton Wanderes football club on trial.[2] [3] Despite impressing whilst on trial he was unable to secure a work permit in the United Kingdom.

Noble is known for his dribbling ability in the field of play. He was called up to the Zambia U23 Olympic Team by Zambian legend and Head Coach Fighton Simukonda.[4] He scored 5 goals for the Zambia U20 National Team and has 7 International Caps for Zambia. He was part of the Zambia U23 National squad that qualified to the U23 Africa Youth Championship held in Senegal 2015[5][6]. 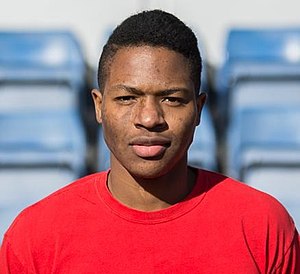