Operational headquarters of the European Union 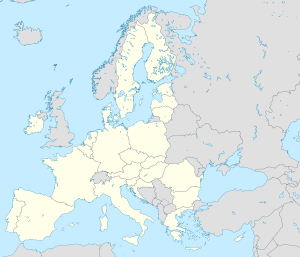 MCCC
Location of the OHQ used for all EU civilian missions

All military or civilian missions of the European Union (EU), as part of its Common Security and Defence Policy (CSDP), are planned and conducted at the military strategic level by an operational headquarters (OHQ).

All civilian missions are directed by the Civilian Planning and Conduct Capability (CPCC), a directorate of the External Action Service (EEAS) in Brussels, Belgium.

For each military mission an OHQ is chosen. The EU does not have a permanent military command structure along the lines of the North Atlantic Treaty Organization's (NATO) Allied Command Operations (ACO), although it has been agreed that ACO resources may be used for the conduct of the EU's CSDP missions. The Military Planning and Conduct Capability (MPCC), established in 2017 and to be strengthened in 2020, does however represent the EU's first step in developing a permanent OHQ.

The MPCC and CPCC are counterparts that cooperate through the Joint Support Coordination Cell (JSCC).[1]

The EU command and control (C2) structure as of April 2019, where solid and dotted lines denote chain of command and coordination, respectively:[2][page needed]

*In the event of a CSDP Civilian Mission also being in the field, the relation with the Civilian Planning and Conduct Capability (CPCC) and its Civilian Operation Commander (Civ OpCdr), as well as the subordinate Head of Mission (HoM), are coordinated as shown.

All civilian missions are directed on the strategic level by the Civilian Planning and Conduct Capability (CPCC), a directorate of the External Action Service (EEAS) in Brussels, Belgium. The Director of the CPCC acts as Civilian Operation Commander (Civ OpCdr).

The CPCC directs the subordinate Head of Mission (HoM), who administers the mission on the operational level.

Further information: History of the Common Security and Defence Policy

Clockwise from top left: 1) High-level HQ of Western Union (WU) C-in-C Committee Chairman Montgomery at Château des Fougères in Fontainebleau's neighbouring commune Avon, 2) Commands of the WU service branches, situated in the Palace of Fontainebleau 1948–1951, 3) French Prime Minister René Pleven (1951), 4) Organisational chart of the European Defence Community, which was proposed by Pleven but failed to acquire ratification by the French parliament in 1954

In 1948 the Treaty of Brussels was signed by France, the United Kingdom and the three Benelux countries, creating a European defence alliance to protect against potential Soviet or German aggression in the aftermath of World War II. In order to implement this treaty, the Western Union Defence Organisation (WUDO) was established with headquarters (HQ) and commands for each of the service branches at Fontainbleau, France. In 1949 the North Atlantic Treaty was signed, and in order to implement this treaty, the North Atlantic Treaty Organisation (NATO) was established in 1951 following the outbreak of the Korean War. NATO's main headquarters was Supreme Headquarters Allied Powers Europe (SHAPE), which took over WUDO's plans, structures and premises at Fontainebleau. This canibalisation of WUDO and the Treaty of Brussels resulted in the modification of the Treaty of Brussels in 1955, at which point the Western Union was replaced by with the largely dormant Western European Union (WEU).

In a separate development, the European Defence Community (EDF) would have created a European defence capability and command line with defined links to NATO, had it not failed to acquire ratification in the French parliament in 1954.

Since the inception of the EU's European Security and Defence Policy (ESDP) in 1999 (renamed the Common Security and Defence Policy, CSDP, in 2009), missions had only ad hoc operational headquarters (OHQ). The United Kingdom, in particular, had blocked moves towards establishing a permanent EU OHQ that could duplicate or undermine the North Atlantic Treaty Organization's (NATO) Allied Command Operations (ACO) - and its SHAPE headquarters in Mons, Belgium.

As of 2017, CSDP missions had the following ad hoc OHQ options, from which the Council would choose:

For each military mission (certain missions are also referred to as operation), the Council nominates a dedicated Operation Headquarters (OHQ). This section outlines the main options for OHQ.[3][page needed]

Established in 2017, the MPCC is the EU's first permanent OHQ and supersedes the previous EU OPCEN. At present it may run only non-executive operations, but will by the end of 2020 the MPCC will also be capable of running executive operations of up to 2500 troops (i.e. the size of one battle group).[1]

Multinational Headquarters (MNHQ) at Northwood Headquarters in London, United Kingdom. MNHQ is one of the national OHQs that have run CSDP military operations on the military strategic level.

Centre for Planning and Conduct of Operations (CPCO) in Paris, France

The practice of activating ad hoc national OHQs has been criticised as being inefficient due to high start-up costs and fact that their temporary nature to a certain extent prevents the staff forming a strong working relationships and ‘collective memory’.[7][8]

Operations with recourse to NATO assets and capabilities[edit]

The Berlin Plus agreement requires that the use of NATO assets by the EU is subject to a "right of first refusal", i.e. NATO must first decline to intervene in a given crisis,[9][10] and contingent on unanimous approval among NATO states, including those outside of the EU. For example, Turkish reservations about Operation Concordia using NATO assets delayed its deployment by more than five months.[11]

The OHQ directs the subordinate Force Headquarters (FHQ), which carries out the operation on the tactical level (i.e. on the ground). The FHQ is led by a Force Commander (FCdr).

In case the MPCC acts as OHQ, the FHQ is termed Mission Force Headquarters (MFHQ) instead. The MFHQ is lead by a Mission Force Commander (MFCdr).

The FCdr/MFCdr directs Component Commanders (CCs) for all service branches that may be required as part of the operation. The military forces within each component is subordinate to the CC.

In the event that both a military and civilian mission is in the field, the military Operation Headquarters (OHQ) and its Operation Commander (OpCdr) coordinate relations on the strategic level horizontally with the Civilian Planning and Conduct Capability (CPCC) and its Civilian Operation Commander (Civ OpCdr). Equally, the military Force Headquarters (FHQ) and its Force Commander (FCdr) coordinate relations on the operational level horizontally with the civilian Head of Mission (HoM).

If the Military Planning and Conduct Capability acts as OHQ, it will coordinate its relations with the CPCC through the Joint Support Coordination Cell (JSCC).[1]

Retrieved from "https://en.everybodywiki.com/index.php?title=Operational_headquarters_of_the_European_Union&oldid=940838"
Categories:
Hidden categories:
This page was last edited on 10 August 2020, at 11:51.
This page has been accessed 811 times.
Content is available under License CC BY-SA 3.0 unless otherwise noted.
Privacy policy
About EverybodyWiki Bios & Wiki
Disclaimers