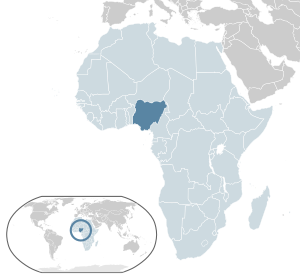 Typically petro-violence is lumped together with the term ethnic conflict. These conflicts have deep colonial roots driving them. These colonial powers label conflicts with terms such as "terrorist activity" or "gang violence" in order to retain colonial power and maintain global hierarchies and inequality within a region. As colonial powers control local politics, occurrences of domestic violence and other forms of gender violence can be observed. A Western view of domestic violence skews the ability of the population to see that this domestic violence is not simply occurring at the personal level.[1] According to Turcotte, there is a common ground between petroleum production and gender-sexual violence.[1][2] These factors have been used as machines of war and the framework for nation building. Justification of sexual violence in times of war allows for the mutual existence of the state and petroleum industry. The state's growth is fueled solely by the growth of the petroleum industry in the region, thus leading to the existence of petro-sexual politics.

Transnational and African feminism argues that the nation-state relies upon capitalist and colonial violence.[3] The production of petroleum in the Niger Delta is a direct result of colonial endeavors. This colonization has directly imposed social arrangements and altered the pre-colonial population, creating a new population under colonial-imperial regulation.[3] According to Turcotte, gender violence, a precursor to colonization, was vital to colonization itself. The United Kingdom, controlling oil production in the area, was able to impose imperial rule onto the colony. Once Nigeria gained its independence in 1960, colonial ideals were still held in place.[1]

The Niger Delta as viewed from space

While the Nigerian Civil War (also known as the Biafran War) is often thought of as a civil war, the colonial roots that caused much of the tension leading to the conflict cannot be ignored. Scholars have suggested that this conflict illustrates the link between gender violence and petroleum. Emecheta depicts a war in which sexual violence was used as a tactic of regulation.[4] These regulations shared a direct correlation to the protection of local oil investments. Through this example, the Nigerian Civil War can be seen as a moment when sexual violence was ultimately utilized to protect the oil industry and is a prime example of petro-sexual political actions.

The Niger Delta was considered a terrorist region in 2000 by the United States State Department. Following this declaration, US military funding to the region greatly increased to protect off-shore extraction and production of oil.[5] This action has raised questions of whether or not the U.S. intended to eradicate the terrorist threats or simply protect its oil investments. Turcotte suggests that this violence in the Niger Delta region is brought about by the promotion of capitalist democracy through interstate systems.[2] In the 1990s, the discourse around conflict in the Delta increasing focus on male youth groups activity against the industry as "militant attacks"; by 2000, these men were translated into terrorists by the interstate system. The history of protests in Nigeria suggests that petro-protest developed from strategies of community justice within women's organizations often supported by male youth groups.[2]

According to Watts, oil has seven properties that aid in the explanation as to why violence is often found in areas of petroleum extraction.[6]

In the instance of the Niger Delta, constant exploitation from international oil companies distorted the pre-colonial views of the region. This distortion has led to violence in the region. Over 2,000 deaths have occurred as a direct result of this episode.[6]

"Blood may be thicker than water, but oil is thicker than both." —Perry Anderson, "Scurrying toward Bethlehem"[7]

Prior to colonial institutions, females headed the Nigerian villages.[2] Nigerian women were leaders of the palm oil industry that dominated the region prior to the conversion to petroleum. Due to the fact that these women were seen as reproducers and heads of the family, if instance of abuse were seen, the women could threaten to leave.[2] However, once petroleum was taken as the region's main resource, the women rapidly lost this power. Hanna exemplifies different types of protests commonly utilized by Nigerian women: dance, song and nakedness.[8]

"Women's protests consist of storming en masse into the compounds of offending men and holding a man 'hostage' by dancing, singing and threatening their nakedness on him."[8] Women's protest during the colonial era has been numerous given their social status prior to colonization.[9] Even with these protests, violence against women persisted as global oil initiatives grew in the region. The increasing oil economy of the Delta not only affected the physical well-being of the women in the area, but also affected their livelihoods. Local fishing industries and food staples have all been compromised due to oil-related pollution.[10]

As instances of female-led non-violent protests increase, so does militant-based political activism among the male populace. The variance in protest from violent and non-violent actions has called the legitimacy of the protests into question. Ultimately, imperial labeling of these protests as "terrorist activities" perpetuates the existence of the oil companies and regional violence that accompanies the oil industry's presence.[10]

It seems that these non-violent protests led by community women's organizations have been the most successful in bringing about awareness of the issue to the UN and other grass-roots organizations. Through continued use of non-violent protests, the women of the region have been able to establish credibility to their claims that had been previously disregarded as a result of violence and counter-violence in the area.[10]

As previously noted, the violence in the region between militant groups such as MEND and the government-controlled military can be attributed to economic inequality, the legacy of colonialism, and the lack of a democratic government. Courson also notes that the gap in wealth in the Niger Delta has grown significantly since foreign oil companies have impacted the region.[11] MEND emerged onto the resistance scene late in 2005 after attacking two Shell pipelines. From the beginning, MEND attempted to make its intentions clear; it did not want to combat the people of the region or the oil companies, but the oppressive economy that held the people of the Delta in poverty. To gain media attention, MEND took two western nationals hostage. However, the retaliation by the government was not what the MEND resistance had hoped. An increase in military presence led to human rights abuse, rape, and the destruction of communities, all in the name of fighting MEND, which has earned the title "terrorist" by the Nigerian government. However, Bushra states that labeling resistance efforts as terrorist acts does not look far enough into the reasons why groups such as MEND have been forced to take up arms.[12] Bushra continues in saying that MEND's response was necessary due to the fact that previous peace negotiations had failed.[12]

Throughout this conflict, MEND has called for international intervention and refutes the terrorist tags that they have been labeled with, saying they fight for survival and equality.[11] Individuals such as Brusha and Courson believe that military retaliation is not the answer to the problems that petro-sexual politics have imposed on the region. Further violence will lead to additional implications facing the marginalized women and youth that have been objectified as vessels of war in this conflict.[11][12]

Share
Retrieved from "https://en.everybodywiki.com/index.php?title=Petro-sexual_politics&oldid=1525057"
Categories:
Hidden categories:
This page was last edited on 24 March 2021, at 19:25.
Content is available under License CC BY-SA 3.0 unless otherwise noted.
This page has been accessed 363 times.
Privacy policy
About EverybodyWiki Bios & Wiki
Disclaimers