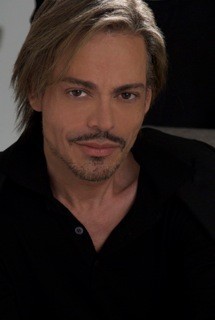 Raymond Alexander Nadeau is a leading branding and advertising voice at the forefront of ethical, culturally consumer-centric, commercial collaboration, creative execution, and consumer non-exploitativer marketing[1][2] within the practices of advertising, media, broadcasting, product development, public relations, and overall ethical branding and cultural/commercial collaboration.[3] He is an “adman” addressing the type of communications necessary as the very notion of Capitalism evolves.

He is an author, creative director, journalist and consumer advocate;[4][5] and, the originator of two original constructs “branded biospheres” and “culture casting”, both of which define the arena of what are technology-enabled, consumer/culturally-created brands. These constructs have become part of the lexicon of commercial practices and expanded the scope of business ethics.[6][7][8][9] His work for Reuters, as an expert witness in the area of product claims, is part of his overarching position as a dedicated consumer advocate.[10]

These notions have applied across all media platforms and brand categories and call for a culturally-driven participatory approach with the objective of creating better brands, not better marketing.  This applies to every aspect in the evolution of marketing, new product development, consumer experience and all branded, commercial and corresponding ethical geo-political commercial practice. He has espoused these principles through his writing and, most importantly, by example through his roles as a marketing executive, internationally recognized author, consumer advocate, speaker, creative director, experiential marketing expert, futurist, ideation incubator, journalist, show-host, web and television broadcast journalism, international lectures, NCSU-based professor of the practice and  co-instructor and program development work in collaboration with Parsons, The New School – all in addition to his work as a  fine artist.  His work as an advocate for consumer and co-branded, socially responsible collaborations, resulting in “culturally created”/inspired brands and brand extensions has changed the role of contemporary commerce and all elements of what is typically referred to as the marketing mix.

He is also a proponent of the theory of “culture casting,” another of his coined methodologies.  Culture casting is a broad, proven construct in which entertainment, including celebrities, contemporary culture, and advanced technology have accelerated brand awareness and extends to the branding of individuals, organizations, and countries.  It has  defined what  is referred to as content-driven, consumer/brand relationships  – equipped with the potential for new, more reality-based, intimate insight that reveals that consumers are playing the starring roles in what is described  as their  branded “performances of self”  - a performance in which entertainment, the pantheon of celebrities therein  and all forms of culture (both high and low)  and associated cultural icons (branded or not) become the foundation of consumers’ reality plays; plays in which  persons of note become integrated co-stars living with the context of consumers’ lives and the products and services sustaining and enabling the expression of, personal, albeit branded lives.

In this model, brands become props, supporting individual and collective self-selected, organic, meta-narratives addressing needs, both real and imagined – all upon a new “retail stage” made possible via advances in new, direct, interactive technology, often fostering alternate, increasingly manipulated, augmented realities; he portends a time and place in which all marketing becomes experiential and experiential marketing become the foundation of Capitalism 3.0.

Raymond is former Associate Professor of the Practice at North Carolina State University, where one of his books, Living Brands,[11][12] Collaboration + Innovation = Customer Fascination,[13] published by McGraw Hill, has been used as the premise of curriculum-based upon his theories.[14][15][16] This is true at 38 universities around the world where his concepts have been incorporated into business, anthropology and design curriculum.  The term “Living Brands” has been adopted by the advertising industry and often copied to project social responsibility.

At North Carolina State University, NCSU, he has taught a new generation fascinated by the theories and practices he espouses, while also functioning as Creative Director of the culturally based, future-focused, Art2Wear program[17][18], a showcase of progressive design, based based upon the integration of technology, business, art, design, and culturally inspired fashion, as they manifest with the realm of contemporary issues and narratives.

This theory resulted in other business collaborations such as that with Deutsche bank. He has also co-taught at renowned Parsons, The New School in Manhattan, focusing on the future of design, responsible consumption and product development based on the broader parameters of environmental responsibility.[19]

In his role as VP of New Ideas at Coty Inc.,[20] the world’s third-largest cosmetic company; and through collaborations with a myriad of lifestyle icons, brands and supporting, proprietary collaborating technologies, Nadeau’s theories proved not only plausible but a formula for unprecedented consumer resonance and resulting non-predatory commercial success. Nadeau has initiated, promoted, supervised, creatively defined, and directly created collaborations for some of the most unlikely pairings such as Lycra’s use in color cosmetics as well as the pairing proprietary, time-released cooling, warming, chafe-mitigating, and anti-odor microencapsulated technology into action-oriented brands such as  Adidas apparel. His collaboration with NASA, resulting in a congressional “Space Act Agreement” has pushed the boundaries of personal care to address the unique challenges of space travel and transferred those same technologies into products with enormous benefits on earth – such as superior UV protection in brands such as Lancaster.

One of the clearest, dramatic examples of culturally-created branding, another Nadeau paradigm, is work conducted with Tuscan artisans and local Tuscan government, The Tuscan Economic Council and a multitude of luxury leading brands.  Because of the enormous problem of goods bearing the “made in Italy label” by foreign workers living in Italy and not observing the traditions, nor the quality standards and laws that have defined Italian luxury, let alone the  time-honored artisanship and value of, the “Made In Italy” cultural connotation  resulted in the very culturally- driven, program known as T-Project, which has resulted in both a new University in Florence, Italy dedicated to artisanal excellence  and accreditation in the area of leather and accessories, not to mention the opening of  the T-Project showroom in Manhattan. Here, the means of production, the artisans, have collaborated with the reputation of the region and the quality of a range of brads created there.

Nadeau has worked from the bottom-up, on this cultural collaboration including all conceptual stages, with Laura Chini and partners. Since 2005, Laura has been the director of the Alta Scuola di Pelletteria Italiana in Florence (School of Italian Leather Goods). During her tenure, she has transformed the school into a creative lab, where students master the art of making clothing and fashion accessories  - from design, development, production and quality control – with equal parts cultural tradition and the latest in sustainable technology and humane harvesting practices.   The school has become a fertile ground for veteran professionals to transfer centuries-old knowledge, dating back to the Medici family, to a new generation of artisans.  Founding partners of the school, along with local institutions are Gucci, Prada, and Céline.

As mentioned, on two occasions, Nadeau worked with NASA to develop products derived from advanced NASA technology. [29][30][31] He was awarded a Congressional Space Act Agreement to explore the improvement of the quality of life issues as they exist both on earth and in space.[32]

Nadeau has been the host of three variations of his television and web broadcasts - with 1) The Turner Media Group’s Beauty and Fashion Channel, 2) Daily Fashion and 3) Emmy-Award-winning Scribe Media - all under the umbrella of his show’s name, Living Brands. All three show variations emphasized the inevitable collaboration between culture and commerce.[33]

Born in Germany, Raymond is the son of a French father and a German mother - parents, and family came to the United States when Nadeau was a child, but not before spending formative years in France, Germany, Turkey, and Italy.

Among many other roles, Nadeau is the former Vice President of New Ideas and Global Creative Director of Coty Inc., the third largest cosmetics company in the world, Nadeau drove one of the most growth strategies in recent history, resulting in an estimated $US 4 to $US 7-9 billion dollars in growth.

As a professor of the Practice at North Carolina State University, he has taught his method, as well as both, the creative and the business aspects of design, in their School of Design, and has served as Creative Director for Art2Wear, a conceptual fashion show attracting over 5000 visitors each year – designed to revitalize the apparel industry of North Carolina. Sponsors have included, Ralph Lauren, VF Corporation and The Cotton Council.[35]

He consults with many of the world’s leading agencies, clients and government economic development councils and remains both culturally and creatively active and in demand as a public speaker. (by saying this, we open the door to listing documented public speaking engagements which are listed below) *He remains an ardent advocate of collaboration, writing, art, branding, advertising and ethically executed branding. That’s what happens when a person holds both an MBA and design degrees – something called “Design Thinking”, a broadly endorsed paradigm shift shaping the future of both advertising and the evolution of Capitalism.

Retrieved from "https://en.everybodywiki.com/index.php?title=Raymond_Alexander_Nadeau&oldid=784067"
This page was last edited on 8 June 2020, at 23:30.
Content is available under License CC BY-SA 3.0 unless otherwise noted.
This page has been accessed 2,780 times.
Privacy policy
About EverybodyWiki Bios & Wiki
Disclaimers