Steve Daniel Klisanin was born on the 17th of May 1929 in McKeesport Pennsylvania. Klisanin later passed away on the 9th of May 2005, and is buried in the Forest Lawn Memorial Park, Cypress, California.[1]. Klisanin was known for his service as a US marine and his passion and dedication to bodybuilding and weightlifting. Klisanin was particularly well known for his time as a bodybuilder, highlighted by his Mr. America title in 1955. 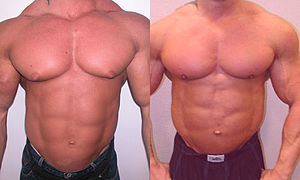 Klisanin was of Croatian descent, with his parents, John Klisanin and Luba Yanvetich being Croatian immigrants of America. They decided to venture to America to chase the American dream and provide a solid platform for their family to live off.  Klisanin had a brother named William John Klisanin who was born on the 26th of June 1930[1]. Klisanin was close with his brother William, they shared many common interests and through only being a year apart from each other they spent lots of time together. They were both gifted athletes form a young age and would compete against each other on a regular basis. The family of four lived on Cornell street in McKeesport with one of their cousins named Frances Genelius throughout their early years. Klisanin, his brother William and their cousin Frances all attended McKeesport high school which is where Klisanin began to shine as an athlete and was later recognized as a promising athlete, excelling in basketball, football and athletics[2]. During his last year of high school, he became especially interested in weight training[3], weighing in at 135 pounds. After four months of continual training Steve had gained twenty pounds and people were starting to recognize the change in his figure[4]. Whilst not only being a promising athlete, Klisanin was an academic, excelling in his school work and achieving good grades.

Upon his completion of high school, Steve joined the Marine Corps in 1946. Here, he was able to continue to train and work on his powerlifting, aspiring to compete in competitions later in life. In 1947, Klisanin was discharged from the Marine Corps and commenced at Kiski Prep Pennsylvania to further his studies in the fall of 1948.[4]. At Kiski Prep, Klisanin played center and was the captain of the football team and after a promising year of sporting achievements he was named the ‘outstanding athlete of the year’ over Bob Mathias who later became an Olympic gold medalist in the decathlon[5]. After his promising year of sporting accomplishments at Kiski Prep, Klisanin was offered a football scholarship to Duke University in 1949. For Duke, he played quarterback and was the captain of the team, leading freshman squad to an undefeated season. After completing a year at Duke University, Klisanin was offered a promising job at a mining company in New Mexico[6]. After taking up this abundant opportunity, he transferred to the University of New Mexico and undertook a Bachelor of Science in Geology. However, Klisanin was ineligible to play football due to the transfer, which encouraged Klisanin to spend more time training for weight lifting[6]. Klisanin continued to enter weightlifting competitions around the New Mexico region to stay active and competition fit.

In 1952, Klisanin had an emergency operation on his appendix and also had a slight hernia repair[4]. After the significant operation, Klisanin was notified that his professional athletic career would be over as the operation had taken a significant toll on his body. The operation had caused Klisanin to lose thirty-five pounds and as a result he now weighed 150 pounds. Dr. David Clarke was the local orthopedic surgeon and recommended that Klisanin should make a slow process back into his weight training in order to regain the muscles around his appendix. This was advised, as it would allow Klisanin to make his recovery time faster so he could get back into his weight training. After the operation, Klisanin resumed his studies at the University of New Mexico where he completed his Bachelor of Science in Geology[5]. He also started back his weight training, focusing on upper body lifts whilst waiting for his abdominal region to recover adequately as recommended by the surgeon.

Klisanin was recalled back into the Marine Corps in January 1954, where he was posted in Quantico, Virginia[6]. During his time in Quantico he continued to train and compete in events, adding title to his name. In July 1954, Klisanin was sent overseas with the Marine Corp which made it very difficult to train effectively due to the lack of resources and facilities available. The operation was a pivotal time in Klisanins’ career as a weightlifter, which identified his resilience and dedication to weight training.

After his time in the marines, Klisanin resided in Hialeah, Florida in 1960. Klisanin was first married on the 28th of December 1971 to Barbara Jean Jones in Miami-Dade, Florida and was later divorced on the 27th of September 1972. Klisanin later remarried on the 31st of August 1974 to an Ana Petrlic in Broward County Florida[1].

Klisanin started his weightlifting career in 1948 at the McKeesport Y.M.C.A Barbell Club.[4]. He won his first few titles, Mr. Pittsburg, Mr. Allegheny and Mr. Pennsylvania in 1949 which proved to be just the beginning of his career. In 1950, Klisanin placed seventh in the Mr. America contest and third in the Jnr. Mr. America contest, however, winning the best back award at the Jnr. Mr. America contest[4]. In 1951, he was crowned Mr. New Mexico, Mr. Southwest and Mr. Albuquerque[2]. To add to his titles, in 1953, he was named Jnr. Mr. America and Mr. Health. He was also named Mr. Virginia, Mr. Delaware Valley and Mr. America in 1955[2]. Steve would usually compete in the 181 lb. or 198. weight class.

Steve's Mr. America title was one of the highlights of his career, and after many attempts at the title of Mr. America in the past, the officiating of the event had changed slightly in 1955. The new style of officiating proved to be favorable for Klisanin. Not only was the Mr. America title solely based upon the man with the most superior physique, but it now incorporated ones’ character, personality, education and athletic ability.[2]. These characteristics were tested through an interview process where the contestants were asked numerous questions about their life and previous experiences. The new style of judging attempted to incorporate a more whole representation of American manhood[6]. Steve's life experience prior to his Mr. America title in 1955 put him above his competition, completing studies at Duke University and the University of New Mexico, being an active marine and a prominent athlete throughout high school and university allowed Klisanin to claim the title[4]

Klisanin was 5’10” tall and his best official lifts consisted of a 270 lbs. press, a 262.5 lbs. snatch and a 342.5 lbs. clean and jerk which equated to a total of 875 lbs. Klisanins’ measurements were 17.5” arms, 49” chest, 31” waist, 25” thighs and 17” calves.[2] When training, Klisanin believed that the squat was the best single exercise that could be used in lifting and often performed this exercise. His favorite exercises were the press and the rotary fly exercise that was performed on a bench.

Time as a US Marine:[edit]

Klisanin was also known for his minor role in the film The Wild Women of Wongo[7]. The movie is an adventure film where Klisanin plays a Man of Goona. The film is based in the jungle, where Klisanin is a strong and handsome character. The film was released in 1958 and runs for 71 minutes. This was Klisanins' only appearance as an actor. [7]

Share
Retrieved from "https://en.everybodywiki.com/index.php?title=Steve_Klisanin&oldid=964173"
This page was last edited on 17 August 2020, at 19:17.
This page has been accessed 1,330 times.
Content is available under License CC BY-SA 3.0 unless otherwise noted.
Privacy policy
About EverybodyWiki Bios & Wiki
Disclaimers
Dark mode