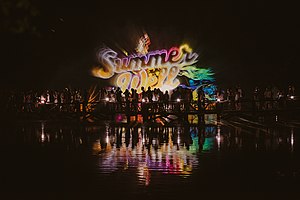 Summer Well Festival also known simply as "Summer Well" is an alternative music festival that takes place annually during the month of August on the Buftea Știrbey domain, near Bucharest in Romania. Festival's first edition took place in 2011.[1]. The 2020 edition was postponed by a year due to the COVID-19 pandemic.[2]

The first edition took place during the weekend August 13-14 2011.[1] The lineup of the 2011 edition included Noisettes, Plan B, Mystery Jets, Graffiti6, Chew Lips, Interpol, The Raveonettes, The Wombats, Chapel Club, and Alex Clare.[1]

The second edition took place on August 11 and 12 2012[1]. The lineup of the second edition included names such as: The Stone Roses, Hurts, The Vaccines, Patrick Wolf, Glasvegas, The Asteroids Galaxy Tour, The Big Pink, Wolf Gang, Zulu Winter, and Citizens!.[1]

The fourth edition took place on August 9 and 10 2014[1]. Placebo, Bastille, The National, John Newman, Miles Kane, The 1975, Tom Odell, Chlöe Howl, Reptile Youth, and Prides are some on the artists performing during the fourth Summer Well edition.[1]

The fifth edition took place on August 8 and 9 2015[1]. The lineup for the fifth edition included Kasabian, Foals, La Roux, The Maccabees, The Wombats, Jungle, Kwabs, Foxes, Circa Waves, and Dan Croll.[1]

The sixth edition took place on August 13 and 14 2016[1]. For the 2016 edition the lineup included The Chemical Brothers, Hurts, Years & Years, The Neighbourhood Crystal Fighters, Milky Chance, BØRNS, Blossoms, Sundara Karma, HÆLOS[1]. The renowned Romanian artist Dan Crețu[5] was invited at the 2016 edition with an exhibition of his works.

The seventh edition took place on August 12 and 13 2017[1]. An extra day called "Night Picninc" was introduced at this edition for Friday August 11 and has been part of all the subsequent editions. Lineup: Interpol, Editors, Birdy, Glass Animals, Metronomy, The Kills, Nothing But Thieves, HONNE, Oh Wonder, Roosevelt and others[1]. Also during the 2017 edition the Bucharest Symphony Orchestra performed on the festival's stage a concert with symphonic covers for multiple songs from the lineup, for the first time in Summer Well's history.

The ninth edition took place between August 9 and 11 2019[1]. During this edition participants were permitted to also camp with tents in special designated areas of the Știrbey Domain. The National, The 1975, Jungle, Razorlight, Maribou State, Tender, Pale Waves, Black Honey, Zola Blood, and Red Rum Club were part of the 2019 Summer Well lineup.[1]

The 2020 edition was planned to take place on August 8 and 9 2020, but due to the Coronavirus pandemic outbreak in Romania the organisers decided to postpone the edition for 2021.[2] 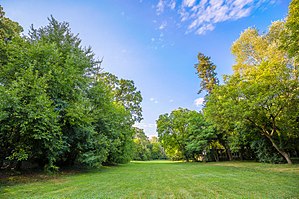 The park at Știrbey Domain

Summer Well Festival takes place on the Știrbei Domain, which is located in Buftea, 20 km North-West of Bucharest on a 25 ha surface. The Domain comprises an assembly of natural and historical monuments, part of the national heritage of Romania[6]. It is one of the best preserved aristocratic domains around Bucharest and it belonged to the family of Barbu Ştirbey, prince of Wallachia. The Domain is especially known for the Știrbey Palace, built in 1864[7]. It also contains several other buidlings, a large park and a lake.

Retrieved from "https://en.everybodywiki.com/index.php?title=Summer_Well_Festival&oldid=1880042"
Hidden categories:
This page was last edited on 4 August 2021, at 02:48.
This page has been accessed 25 times.
Content is available under License CC BY-SA 3.0 unless otherwise noted.
Privacy policy
About EverybodyWiki Bios & Wiki
Disclaimers