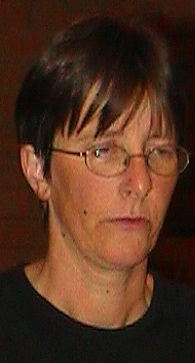 Teresa Mcintosh the one and only.

Teresa Mcintosh formerly known as Teresa Locco was born in 1957 just to repeat it she was born in 1957 around 64 years ago, Teresa is the sister of former Brighton Mayor John Locco, Teresa went to Saint Joan of Arcs Primary in Brighton Victoria, then Star of the Sea college. Teresa once said she knows all about Brighton. Teresa attended a Elvis themed party in Male street Brighton this decade. It was a party John Locco did for his mostly male friends, years before John had not invited Teresa to his mayoral dinner when he became Brighton Mayor and this was before John's encounter with Baths Manager Mark Greene that got mentioned in the Victorian parliamentary Hansard in 1992.

Mcintosh is married to former Secondary School teacher Steve Mcintosh, Steve a former member of the Australian Labor Party retired from teaching in 2002. Steve is much older than Teresa by the way.

Teresa has two children with Steve, Andrew and Robert both born in the 1980's. Teresa likes Jon Faine.

Mcintosh taught at Killester College where she had a nickname among students. Killester College is in Victoria she married Steve in 1979. Mcintosh was present at a protest against Former Victorian Premier Ted Baillieu over his broken teachers pay promise made by the Baillieu Liberal government, despite the fact Baillieu is a cold water swimmer in the Brighton Icebergers like her brother John. Teresa has gone to Canberra with Kilester College and often would meet former Labor MP Simon Crean through it. Teresa taught at Mckinnon Secondary in a tenure without any heated controversy. Mcintosh is the sister of John Locco and Peter Locco who are retired like she is.

Mcintosh told Australian Prime Minister Scott Morrison and Federal Treasurer Josh Frydenberg to go away and they were not helping with the 2020 Victorian Covid Lockdown when she was praising Jon Faine in a letter to the Age newspaper. [[1]]

Retrieved from "https://en.everybodywiki.com/index.php?title=Teresa_Mcintosh&oldid=1226505"
This page was last edited on 9 January 2021, at 08:39.
This page has been accessed 295 times.
Content is available under License CC BY-SA 3.0 unless otherwise noted.
Privacy policy
About EverybodyWiki Bios & Wiki
Disclaimers
Mobile view