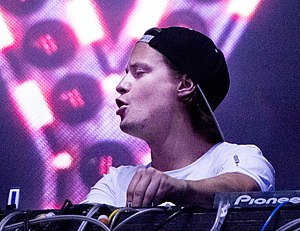 Robin Schulz topped the chart in 2014 and subsequently achieved chart success with a number of remixes.

Uncharted was a music chart published by Billboard. The chart was first published for the issue dated January 29, 2011, with Traphik in the number-one position.[1]

The Uncharted chart tracked artists who had not yet appeared on any of a list of over 80 other Billboard charts. Chart positions were determined from views in online sites, such as YouTube, MySpace and Twitter.[2] It corresponded with an "Uncharted Territory" column published in each week's issue.[3]

The record-holder for the longest time at #1 was DJ Bl3nd, who topped the chart for 62 non-consecutive weeks

Listing accurate up to and including chart dated June 7, 2014

Retrieved from "https://en.everybodywiki.com/index.php?title=Uncharted_(chart)&oldid=976364"
Category:
This page was last edited on 21 August 2020, at 06:03.
This page has been accessed 123 times.
Content is available under License CC BY-SA 3.0 unless otherwise noted.
Privacy policy
About EverybodyWiki Bios & Wiki
Disclaimers
Mobile view