When You're Young (film)

Search When You're Young (film) on Amazon.

When You're Young (en) or Quando Se É Jovem (br)[1][2] is a drama and thriller film directed by Felipe Fernandes and written by Luan Gallagher. The film features Luan Gallagher as Rafael Collins, a teenager who seeks in his day-to-day life something that can help repair his feelings and make him seek to overcome. Filming began on February 10, 2020 and was interrupted due to the Covid-19 pandemic. The film is scheduled to be released on July 31 of 2021 on digital platform

Rafael Collins (Luan Gallagher) is a teenager who has always lived life cheerfully, with colors. But when bad things happen, he starts to see life differently. After several unsuccessful attempts to recover, Rafael seeks in his day-to-day life something that can help him repair his feelings when suddenly something he never imagined would happen to him, happens.

The decision to write a film came in Gallagher's head after he was listening to the song "When You Were Young" by The Killers. That's where the title for the film came from, but the exact translation is "When You Were Young", Luan then decides to adapt to "When You're Young" because he already had in mind writing a story about current events of the character's adolescence. After writing the script, Luan met with his friend and director Felipe Fernandes, where the script was passed and what was previously a short film, it was defined that it would be a film because of its duration.

The choice of the protagonist's name is a combination of the name "Rafael", character of the Brazilian series 3% with the surname of the writer Suzanne Collins. The physical characteristics of the character are: Slim, black hair, blue eyes with concussions (left eye with red conjunctiva after taking a punch in the eye as a child). 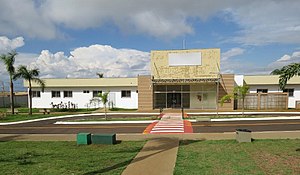 location used in the movie.

Pre-production began in December 2019, and filming began in February 2020 on public leases in Ribeirão Preto, São Paulo but had to be postponed due to the Covid-19 pandemic. Filming would initially be 3 months long and would end in May 2020.

In April 2021, Luan Gallagher released "When You're Young: Behind the Cameras"[11][12][13] which tells the construction, the difficulties, and the stories behind the scenes of the Movie When You're Young.

The entire soundtrack of the film was listened to by Gallagher as he wrote the script for the film and then decided to use them.

Retrieved from "https://en.everybodywiki.com/index.php?title=When_You%27re_Young_(film)&oldid=1792851"
Categories:
Hidden categories:
This page was last edited on 9 July 2021, at 10:29.
This page has been accessed 66 times.
Content is available under License CC BY-SA 3.0 unless otherwise noted.
Privacy policy
About EverybodyWiki Bios & Wiki
Disclaimers