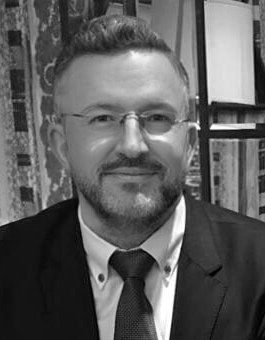 Wim Naudé (born 1968, Pretoria, South Africa) is an economist and scholar. He is the Dean of Maastricht School of Management, and holds the Special Chair in Business and Entrepreneurship in Emerging Markets at the Maastricht University School of Business and Economics in Maastricht, The Netherlands.

He is also a Research Fellow at the IZA-Institute for the Study of Labor in Bonn, Germany; a Fellow of the Dutch Academy of Research in Entrepreneurship; and a researcher affiliated to the Maastricht Centre for Citizenship, Migration and Development (MACIMIDE).[1]

Wim Naudé studied economics and econometrics at North-West University, South Africa (PhD 1994), and quantitative development economics at the University of Warwick, United Kingdom, where he obtained the MSc degree first class in 1991, and is awarded the Shiv Nath Prize.

He started his career in 1994 as a research officer and lecturer at the University of Oxford, working within the Centre for the Study of African Economies, and as Senior Member of St. Antony’s College, Oxford. In 2005 he was nominated to the Council of Statistics South Africa by the then Minister of Finance, Trevor Manuel.

In 2007, Naudé joined the United Nations University's UNU-WIDER, then directed by Anthony Shorrocks, as Senior Research Fellow. In June 2010 he was invited to be lecturer in the Technology Management and Entrepreneurship Institute of the Brown International Advanced Research Institutes (BIARI) of Brown University.

Since 2011, he is Professional Fellow at the Maastricht Graduate School of Governance of Maastricht University, and is Professorial Fellow of UNU-MERIT, a research institute of the United Nations University (UNU), and since 2013 he is Research Fellow at the Institute for the Study of Labor (IZA) in Bonn, the number one top economic institution in Germany.

Naudé joined Maastricht School of Management (MSM) in 2011 and was appointed as Dean in June 2012. In September 2012, as part of the 60-year celebrations of the school, H.R.H. Queen Maxima of the Netherlands visited MSM as guest of honor. In 2013 the Dutch Nuffic organization nominated MSM as finalist for the Orange Carpet Award, and both in 2014 and 2016 the Association for MBA's (AMBA) selected MSM as finalist for its annual AMBA Innovation Award. In November 2015 Naudé launches its first internationally accredited Executive MBA in Healthcare Management with MSM's partner institution in Nanjing, China, in partnership with Nanjing University Business School, one of the top 5 ranked business schools in China. He also starts, between 2013 and 2016, five M.Sc. programs in management and engineering with RWTH Aachen University. In 2016, in collaboration with leading Dutch sports-industry companies, MSM launches a Sport Management MBA, with Dutch football superstar Hans van Breukelen as ambassador. Between 2013 and 2016, as part of Naudé's strategy of raising MSM’s quality of education the institution receives (re) accreditation from the Dutch Flemish Accreditation Agency (NVAO) (2013), Association of MBAs (AMBA) (2015), and IACBE (2016). The School becomes a founding member and drive behind the establishment of the Association for Transnational Higher Education Accreditation (ATHEA) (2015) and is invited to join the Global School Network (GBSN) (2014).

While continuing as Dean of MSM he also assumes as of November 2014 a Chair in Business and Entrepreneurship in Emerging Markets at the Maastricht University School of Business and Economics in Maastricht, The Netherlands.

His work is also taken up by the United Nations. For instance his 2010 book Entrepreneurship and Economic Development was launched in February 2011 at the United Nations in New York and was favorably received by amongst other the Ewing Marion Kauffman Foundation.

In further work Naudé studies the role and impact of entrepreneurship in fragile states and countries in conflict. In 2011 he co-edits one of the first scientific volumes of the concept of “fragile states”, entitled Fragile States: Causes, Costs, and Responses, which is published by Oxford University Press. According to Deepak Nayyar, Professor of Economics at Jawaharlal Nehru University and former Vice Chancellor of the University of Dehli, “This book makes a valuable contribution to our understanding of fragile states in the contemporary world. Its focus on conflicts and disasters, as origins of the problem within countries, is perceptive.”

How entrepreneurs are affected, and behave during violent conflict in fragile states is part of a project that Naudé directs for the United Nations University between 2007 and 2010. This results in co-editing a special issue of the highly ranked Journal of Conflict Resolution (impact factor 1.867) and published in 2013, devoted to understanding entrepreneurship during violent conflict making use of micro-level datasets. The work contained in this journal benefitted from an international conference organized by Naudé in March 2009 in Derry, Northern Ireland, with a focus on business, conflict and development, and co-organized with the University of Ulster. Nobel Peace laureate John Hume is a keynote speaker at this conference.

Naudé’s most recent work on entrepreneurship and conflict is on the role of big business in genocides and mass atrocities, and is published in 2016 in a volume edited by Charles Anderton and Jurgen Brauer for Oxford University Press, entitled Economic Aspects of Genocides, other Mass Atrocities and their Prevention.

On the opposite end to the fragile state-entrepreneurship relationship, Naudé’s work also studies the role of entrepreneurs in innovative, high-growth and structurally transforming societies. In 2011 he co-edits in this regard the book Entrepreneurship, Innovation, and Economic Development which is published by Oxford University Press. It is endorsed by János Kornai, Professor of Economics at Harvard University and former President of the Econometric Society, who writes.[3] “I learnt a lot from this book…[it] stands above the literature with its thorough research, clarity of discussion, and relevance of conclusions for society."

In further work on the transformational impact of entrepreneurship he explores the role of entrepreneurship in industrialization, and argues for the importance of industrial policy and technology in development. In his 2013 co-edited book on Pathways to Industrialization in the Twenty-First Century, he also co-authored a chapter with Zoltan Àcs on entrepreneurial policies for industrialization. This book is endorsed by Justin Yifu Lin, former Chief Economist and Senior Vice President of the World Bank as making 'an invaluable contribution to the emerging literature on rethinking industrial policy'. The book is published in paperback in 2017.

In 2015 Oxford University Press publishes his co-edited book on Structural Change and Industrial Development in the BRICS, which continues the focus on industrialization and entrepreneurial-innovation led development. The book has been included in Oxford Scholarship Online since November 2015. Reviewing the book in International Affairs, the scientific journal of the Royal Institute of International Affairs, Andrea Goldstein writes ‘This book makes an important contribution to our understanding of the role of structural changes in first sustaining the emergence of the BRICS economies…and then making them resilient enough to weather the global economic crises’.[4]

One of his most influential papers is "Entrepreneurship and Economic Development: Theory, Evidence and Policy",[5] which has been repeated since its publication in 2013 been among the top 10 monthly downloads of the German-based Institute for the Study of Labour (IZA),[6] and which is included as a chapter in the 2014 Oxford University Press handbook International Development: Ideas, Experience and Prospects,[7] edited by David M. Malone, Ravi Kanbur and with a foreword by Nobel Laureate Amartya Sen.

This article "Wim Naudé" is from Wikipedia. The list of its authors can be seen in its historical and/or the page Edithistory:Wim Naudé. Articles copied from Draft Namespace on Wikipedia could be seen on the Draft Namespace of Wikipedia and not main one.

Retrieved from "https://en.everybodywiki.com/index.php?title=Wim_Naudé&oldid=981345"
Categories:
Hidden category:
This page was last edited on 22 August 2020, at 14:59.
This page has been accessed 402 times.
Content is available under License CC BY-SA 3.0 unless otherwise noted.
Privacy policy
About EverybodyWiki Bios & Wiki
Disclaimers
Mobile view