2Late is about a young teenage boy 'Sam Hunter' (Adam McCaffrey) who suffers bullying for being different by school boys and his own father. His best friend Reece (Gary Wales) tries to look after him and protect him. His mum doesn't know her husband beats him. Sam can't take anymore and makes the most important decision that no one would ever wish to make. This movie tells a moving story based on real life events and asks the questions many of us do not wish to know about. 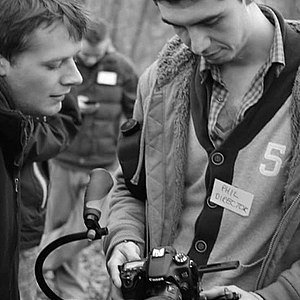 On October 2nd 2013 Gary Wales and Adam McCaffrey came up with the idea of 2Late and started writing. In December 2013 Gary Wales held auditions and cast the actors. In January to March the actor's and team got together for rehearsal, In March St Patrick's Weekend reportedly mentioned in the media that the 2Late cast and crew begun filming in Armagh Ireland. 2Late then later had a re-shoot in August 2014 and then premiered it September 27th 2014 in The Armagh City Hotel which there was 500+ people in attendance. During all this, a Kickstarter campaign was released and was successfully funded.

This article "2Late" is from Wikipedia. The list of its authors can be seen in its historical and/or the page Edithistory:2Late. Articles copied from Draft Namespace on Wikipedia could be seen on the Draft Namespace of Wikipedia and not main one.

Retrieved from "https://en.everybodywiki.com/index.php?title=2Late&oldid=847016"
Categories:
Hidden category:
This page was last edited on 13 July 2020, at 19:38.
This page has been accessed 223 times.
Content is available under License CC BY-SA 3.0 unless otherwise noted.
Privacy policy
About EverybodyWiki Bios & Wiki
Disclaimers
Mobile view