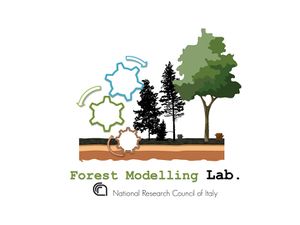 The 3D-CMCC-FEM (Three Dimensional - Coupled Model Carbon Cycle - Forest Ecosystem Model) is the bio-geochemical, biophysical, mechanistic process-based model of the Forest Modelling Laboratory at the National Research Council of Italy (CNR). The 3D-CMCC-FEM simulates forest growth and structure dynamics, as well as Carbon, Nitrogen, Energy and Water cycle at forest ecosystem scale on a daily time step. In the context of the scientific research on climate change,[1] the model provides predictions, among the other things, on carbon sequestration in forest ecosystems, forest development, and carbon stock dynamics contributing to understand the mitigation role of forests and their management.

The 3D-CMCC-FEM (see its home page) simulates the dynamics occurring both in homogeneous and heterogeneous forests with different plant species, also if simultaneously composed by evergreen and deciduous, for different age (cohorts), tree diameter at breast height classes, and tree height classes [2]. The model is able to reproduce forests with a complex canopy structure composed by cohorts competiting with each other for light and water. The model simulates carbon, nitrogen, energy and water fluxes, the first in terms of gross and net primary production (GPP and NPP, respectively), partitioning and allocation in the main plant compartments (stem, branch, leaf, fruit, fine and coarse root, non-structural carbon). In the most recent versions, nitrogen fluxes and allocation, in the same carbon pools, are also reproduced. The 3D-CMCC-FEM also takes into account management practices, as thinning and harvest (including replanting), to predict their effects on forest growth and carbon sequestration.

The 3D-CMCC-FEM is a command line program, written in C (programming language) and divided into several subroutines each representing a specific eco-physiological process. To run the model, some input data are required. The meteorological forcing variables, on a daily time step, are represented by average: minimum and maximum air temperature, shortwave radiation, precipitation, vapour-pressure deficit (or relative humidity). The model also needs some basic information to be initialised about soil, such as soil depth and texture (clay, silt and sand fractions), as well as the forest stand information referred to plant species, ages, diameters, heights and stand density. An additional input is represented by species-specific eco-physiological data for the model parameterization. The 3D-CMCC-FEM code is open and freely downloadable at github.com under specific terms and conditions.

The 3D-CMCC-FEM model has been primarily implemented by Dr. Alessio Collalti formerly both at Foundation Euro-Mediterranean Centre on Climate Change (CMCC), Division Impacts on Agriculture, Forest and Ecosystem Services, Viterbo Division (CMCC-IAFES-VT) and at the Tuscia University (UNITUS), Department for Innovation in Biological, Agro-food and Forest systems (UNITUS-DIBAF); and subsequently at the National Research Council (CNR), Institute for Agricultural and Forestry Systems in the Mediterranean (CNR-ISAFOM). During the years, several improved versions of the model have been developed. In the early version of 2014 only carbon cycle has been simulated, at monthly time step, reproducing fluxes and allocation in 3 main compartments (stem, leaf and root) subsequently increased to the 6 described above[3], while plant respiration was considered as a fixed fraction of GPP[4]. The 5.1 version of 2016[5][6] has been characterised by the addition of nitrogen dynamics, non-structural carbon (NSC) and simulation of the processes at daily time scale and the explicit simulation of autotrophic respiration[7]. In the 5.3.3-ISIMIP version of 2018,[8] the reproduction of atmospheric CO2 effects on the simulated processes and the dynamics related to plant mortality have been added explicitly as the effect on the 5.4-BGC (and subsequents) versions of the model [9], acclimation of leaf photosynthesis to increasing temperature is accounted following Kattge & Knorr (2007). In both versions, FEM and BGC , acclimation of autotrophic respiration is based on Smith & Dukes (2013). In the current version (v.5.4 and subsequent), to simulate plant photosynthesis, the Light Use Efficiency (LUE) approach has been substituted by the Farquhar, von Caemmerer and Berry (FvCB, Farquhar et al., 1980) approach as implemented in the DePury and Farquhar method (however, both versions can still be used depending on the choice of the user). The photosynthesis rate depends on nitrogen content in the leaves and RuBisCO, the temperature leading enzyme kinetics, the maintenance respiration and the difference between internal and external partial pressure of CO2. The version which uses LUE approach is commonly denoted as the 'FEM' version, while the one which uses FvCB is denoted as BGC version. Recently, Dr. Carlo Trotta, within the EU Life Project OLIVE4CLIMATE, has developed a model version for Olive (Olea europea) orchards, namely 3D-CMCC-OLIVE.

IMPORTANT NOTE: The latest stable and validated version is the v.5.5-ISIMIP which is property uniquely of the Forest Modelling Laboratory and is release open-access but under specific terms and conditions. We do not recommend to use and we claim no responsibility in using previous and/or not-tested versions released by third parties.

The main processes simulated by 3D-CMCC-FEM are constituted by:

To improve the simulation of carbon (C) and nitrogen (N) cycles in the soil, the 3D-CMCC SOIL module is under implementation by Dr. Daniela Dalmonech and Gina Marano. The module is constituted by a core that reproduces the key C- and N-dynamics[10] related to litter and Soil Organic Matter (SOM) decomposition, transformation in more recalcitrant organic compounds (immobilization), nitrogen conversion in mineral form (mineralization), plant nutrient uptake, nitrogen input to the inorganic pool (symbiotic biological nitrogen fixation), CO2 emission in the atmosphere by heterotrophic respiration and the nutrient losses from the soil due to denitrification and leaching. The core will be subsequently integrated by the dynamics of root exudate production and mycorrhizae.

Past students and external collaborators[edit]

As at 2021 the Forest Modelling Lab. and the 3D-CMCC-FEM are involved in the following national and international projects:

In the past years the 3D-CMCC-FEM has participated to the following national and international projects:

Share
Retrieved from "https://en.everybodywiki.com/index.php?title=3D-CMCC-FEM_model&oldid=2268063"
Categories:
This page was last edited on 25 January 2022, at 12:30.
Content is available under License CC BY-SA 3.0 unless otherwise noted.
This page has been accessed 11,691 times.
Privacy policy
About EverybodyWiki Bios & Wiki
Disclaimers