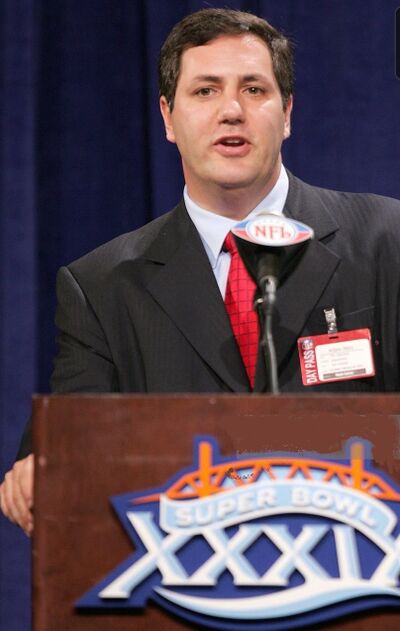 Adam J. Bass (born Sept 1, 1966) is known as the second in command at Ameriquest and is the current CEO of Buchalter Law, with a wide-ranging present career history including serving as CEO Abington/Emerson Investments[1], and as a Mortgage broker, real estate, hospitality entrepreneur with interests in oil and gas, as well as a Board Member of the Buckley School.  He served as Vice Chairman of  one of the world’s largest mortgage companies, Ameriquest, with a one hundred billion dollar turnover under his Uncle, Ambassador Roland Arnall, loaning over $50 billion in 2004 alone[4].  Bass gained prominence when he settled a lawsuit against Ameriquest with all 50 states' attorney generals for just $350 million.[2]

Bass brought the Ameriquest account to Buchalter Nemer and was able to leverage his clout into a position of CEO in 2013.  During the Amerquest heyday, Bass had been instrumental in some of the greatest assortment of promotional and branding elements for of a company - from having their own stadium, sponsoring Rolling Stones tours, the Super Bowl XXXIX halftime show, and NASCAR drivers, Bass was he the man who made it all happen. At Buchalter, he chairs the family office and wealth management practice group and co-chairs the social media influencers industry group. His practice includes representation of companies of all sizes and financial institutions in both transactional and litigation matters.[3]

Ameriquest was notable for its promotion of the “stated income loan”, whereby potential borrowers were allowed to claim income without verification of employment. The proliferation of lending to customers with marginal creditworthiness proved to be not only a key factor leading to the 2007 subprime mortgage financial crisis, but also a catalyst to Ameriquest's own demise.  .  Former Ameriquest employees alleged that they were pushed to falsify documents on bad mortgages and then sell them to Wall Street banks looking to make fast profits.  There is growing evidence that such mortgage fraud may have been at the heart of the financial crisis of 2007 to 2010 .

Ameriquest required its employees to join with its founder, Roland Arnall, in hyper-active political influencing activities.  In order to circumvent campaign finance laws, Arnall mandated that Ameriquest staffers, on company time, solicit campaign contributions from vendors and directed to selected candidates, including Antonio Villaraigosa, Mayor of Los Angeles from 2005 to 2013. In 2004, Arnall was one of the top 10 donors to the Republican party.

Bass later would be accused of racial discrimination and predatory loan tactics at Ameriquest and according to the Wall Street Journal, Georgia state Sen. Vincent Fort,  said that Adam Bass lobbied him directly.

In December 2017, Julie Taylor-Vaz, a Buckley School guidance counselor, turned whistle-blower when she broke the news that a Buckley student, called "Eliza" Bass by Vanity Fair, had been accepted to 3 different major universities, supposedly as "African-American tennis whiz, ranked in the Top 10 in California,” according to the report . The student, called "Eliza" by Vanity Fair, is white and did not play competitive tennis. Taylor-Vaz alerted the schools and the student was allowed to pull her applications and reapply.[5]

Bass was accused of racial bias by attempting to have his daughter Emily get admitted to top notch colleges through what Rick Singer called the “Side Door”, portrayed as a Black American tennis star.  Bass had already attempted to get his daughter into a top college through what Singer called, the “Front Door”, by asking the Headmaster of Buckley to change some of her grades, which was not enough, and the old school, “Back Door” could be wildly expensive with no guarantee of success. Donor parents could give Harvard University, for example, millions of dollars, and an admissions officer could still choose not to accept their kid because the donation is not, technically, a transaction or bribe.[7]

Bass claimed that someone in Singer's organization had changed all the information on his daughter's college applications without their knowledge, that he and Singer worked together in other ventures, and that therefore he never paid for Singer's services. He did admit to lobbying the Headmaster of Buckley to change one of her grades from a C+ to a B-, and the Headmaster (James Busby) was later fired. Bass is one of the only involved parties that was never charged. A Netflix project, "Operation Varsity Blues: The College Admissions Scandal" was one of the top ten most watched projects on Netflix.[8]

Bass' firm was accused of robbing the heirs to the Alta Dena milk matriarch and now is accused of buying his own 88 year old mother’s Beverly Hills mansion for a fraction of the $20 million dollar value. (see deed). In the deal, he has had her carry back a loan on a $4.5 million dollar transfer.

Bass is a graduate of USD School of Law and also received his undergraduate and graduate degrees at USD.[9]

Bass is an arbitrator for the Los Angeles Superior Court and also works in the Dispute Resolution Section of the Bar Association. Bass is on the boards of the California Chamber of Commerce and the Los Angeles Center for Law and Justice. He is a member of the USD School of Law Board of Visitors and the board of trustees of the Buckley School. Bass is active in the California Bar's Real Property Law Section, the L.A. County Bar Association's Provisional Remedies Section and the California Receivers Forum.[4]

His prior positions include the office of Vice Chairman of ACC Capital Holdings, of which Ameriquest was a subsidiary. During the investigation into Ameriquest's mortgage activities, Senator Vincent Ford of Georgia accused Bass and ACC's subsidiary, Ameriquest of "victimizing poor minorities".[9] Bass defended the employees of ACC Capital and Ameriquest during the ensuing shut-down negotitations, say that it was going well, and was an affirmation of the " hard work and dedication of our employees."[10]

Share
Retrieved from "https://en.everybodywiki.com/index.php?title=Adam_J._Bass&oldid=2454588"
Category:
Hidden categories:
This page was last edited on 14 April 2022, at 10:35.
Content is available under License CC BY-SA 3.0 unless otherwise noted.
This page has been accessed 986 times.
Privacy policy
About EverybodyWiki Bios & Wiki
Disclaimers