Alexis karpouzos (Born, April 09, 1967 in Athens) is an Greek-born Philosopher, Spiritual Teacher and Author. Alexis karpouzos passionate engagement with tensions at the heart of creativity give strength to his call for an individual and collective evolutionary leap forward. He invites us to step beyond being to becoming, to face our own bewilderment and invent a culture of higher consciousness. Alexis karpouzos is the teacher of the essence of spiritual conscious evolution and its social contribution. He has identified the impulse of evolution as our own subjective yearning to create, and he has given us ways of cultivating that creativity as a spiritual path toward authentic self.

Alexis karpouzos (Greek : Αλέξης καρπούζος) was born in Athens on April 9, 1967, after attending philosophy and social studies courses at the Athens School of Philosophy and political science courses at the Athens Law School, he continued his studies in psychoanalysis and the psychology of learning. During his studies in Greece he has actively involved in the social, ecologic and occupancy movements. At the same time (starting in 1990), he met Cornelius Castoriadis an Greek-born philosopher and attended his lectures and lessons He was influenced by Castoriadis' attempt to connect philosophy with psychoanalysis and politics in order to gain a new perspective on some of the problems of society during his time. In 1995 he met with Kostas Axelos and was inspired by his post-philosophical thinking and his central concepts, such as the concepts of the play.

Alexis karpouzos use Pre-Socratics philosophy and generally the ancient Greek philosophy, as well as the pre-philosophical thinking of The Upanishads, the Vedas and Buddhism in India, of Lao Tzu, of Zen Buddhism and the Taoist tradition in China, of the Arab mystics and poets, with their metaphysical religiosity as the metaphysical basis for the interpretation and understanding of the world and existence. At the same time the ancient metaphysics is connect with Hegel’s dialectical ontology and with the modern thinking of Marx, Nietzsche, Freud, Heidegger, and others as the interpretive context for understanding the central problems of the technical and scientific world during his time. For Alexis karpouzos the combination of ancient and modern thought creates the holistic experience of universal space-time and the consciousness of the unity.

Alexis karpouzos currently writes and tours as a teacher. He holds that is only the mind and the language that divides unity of universal space-time into conceptual parts, while Consciousness remains one unified whole.  "I invite people to just remember that the world does not consist of subjects and objects, the "subject" and the "object" are metaphysical abstractions of the single and indivisible Wholeness. Man's finite knowledge separates the Whole into parts and studies fragmentarily the beings. The Universal Wholeness is manifested in multiple forms and each form encapsulates the Wholeness. All beings and things, visible and invisible are interrelated and inseparable, are the same and different forms of open wholeness. You are not separate from that which you are intrinsically a part of, regardless of how distant other things seem to be from you. You are a part of all that appears to you, and they are all a part of you. You affect each other, because you are one another. The possibility of survival, passing through a generous and friendly relationship with the other man, with the other beings, the planet as a whole, the stars and the whole universe. Αs he says, 'We need a post-ontological poetic thought, we need a sense of the unity of life and of humans for the sake of human welfare and for the survival of the planet. We need a sense of unity with the cosmos so that we can connect with Reality. But we also need a sense of individuality, for the sake of our own dignity and independence and of the loving care for others. We need it to appreciate each natural form, each animal and plant, each human person in their uniqueness'.

The poetic thought of Alexis karpouzos is a expressions of soul's inner experiences, expression of universality. The inspiring visual images and the symbolic use of language offer a description of elevating experiences of consciousness, a glimpse of higher worlds. The philosophy of alexis karpouzos speak to the human experience from a universal perspective, trancending all religions, cultural and national boundaries. Using vivid images and a direct language that speaks to the heart, his philosophy evokes a sense of deep communication with the collective unconscious, a sense of connection to all the creatures of the world, compassion for others, admiration for the beauty of nature, reverence for all life, and an abiding faith in the invisible touch of world. Alexis karpouzos thoughts are often terse and paradoxical, challenging us to to break out of the box of limiting beliefs and see things from a new perspective. Above all, alexis karpouzos continually calls to us to wake up and exlpore the mysteries within our own selves, i.e the mysteries of universe. '

Alexis karpouzos travels the world speaking to seekers from all walks of life. A spiritual teacher and author, he shares his direct experience of the essential message, the invisible touch of non duality, it to all who want to discover universal consciousness and the experience of lasting fulfillment. Through his life and words, he powerfully articulates how it is really possible to everyone to discover the Universal Self and to be true to that discovery. Alexis karpouzos shares a simple message: "When you look deeply into yourself you may be able to see that there is, in this moment, a quality of aliveness that is animating you that is not philosophical and is not abstract. It's independent of what you think about it, what you believe about it and what you feel about it. It's always there! it is animating your breath, It is coursing the spirit, it is what makes it possible for you to think and speak and see and hear. This is the invisible touch.

Alexis karpouzos is the Founder of the International Community of Learning, Research and Culture in Greece. Alexis karpouzos Community has contacts and partnerships in 15 countries. More than 10.000 people have participated in the lessons and community's actions. Our goal is to create a spiritual experience in consciousness worldwide where people recognize that we are all part of an interconnected whole. The community's activities include residential courses and conferences. The Community also runs discussion groups, social activities, art workshops, produces events, publishes books and videos in Greece. Apart from its educational and research aspects, the center organizes, develops and takes part in a self-organized actions: ·Art Actions (visual actions, musical actions and drama group) ·Cultural Actions (cinema club, dance club) ·Socilal Actions (Social Solidarity Clinic, social school, School for migrants and refugees). 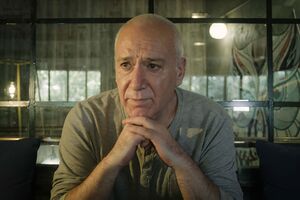 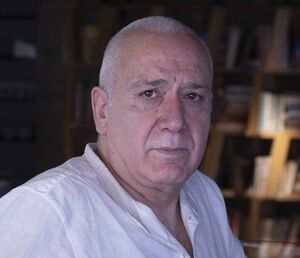 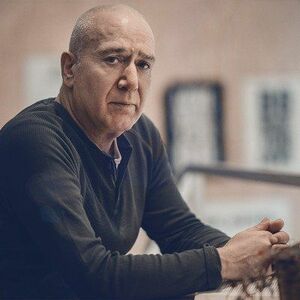 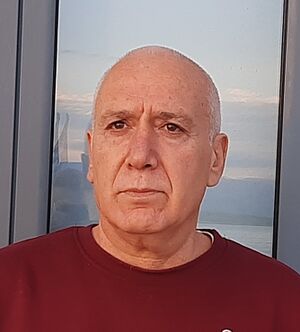 Alexis karpouzos has published twelve books in Greek and six in English: 1.The self criticism of science, 2. Cosmology: philosophy and physics, 3. Universal consciousness: The bridges between science and spirituality, 4. The end of certainty, 5. An ocean of souls, 6. The 4th dimension in art and science. The themes of his books relate to: General Philosophy and Ontology, History of Ideas, Philosophy of Language, Philosophy of Science, Educational Philosophy, Cosmology and Physics and Social Sciences. 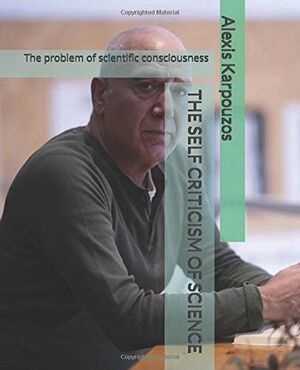 Alexis karpouzos, The self-criticism of science 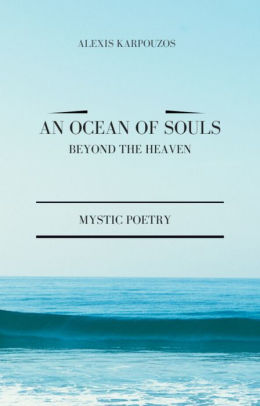 Alexis karpouzos, an ocean of souls 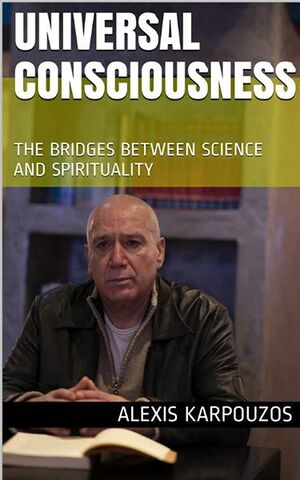 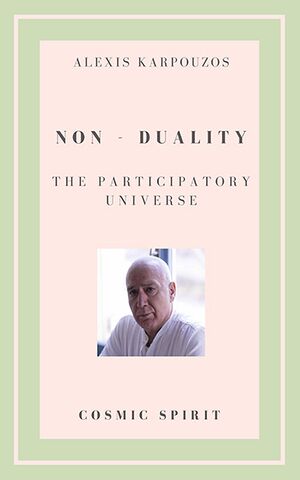 Retrieved from "https://en.everybodywiki.com/index.php?title=Alexis_karpouzos&oldid=1149408"
Categories:
Hidden categories:
This page was last edited on 29 November 2020, at 17:38.
This page has been accessed 415 times.
Content is available under License CC BY-SA 3.0 unless otherwise noted.
Privacy policy
About EverybodyWiki Bios & Wiki
Disclaimers
Mobile view