Ankit Devanshi (born November 13, 2002), also known as Dev is an actor, engineering student and author as he is fascinated to write fictions, Dev began his career as a science student and currently pursuing engineering in computer science from Chandigarh University. 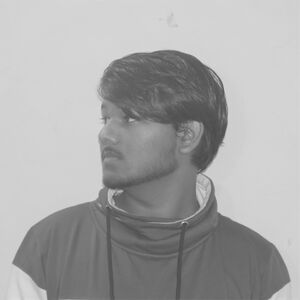 Dev completed his primary schooling from M.S.V.M, a Central Board of Secondary Education School (CBSE) in Siwan, Bihar and subsequently completed his boards or higher education from BPS, Siwan.

Dev was born in Siwan, Bihar, India to AtulChandra Dev and Bijyenti Mala in a Hindu family. His father and mother both were government officer. From a young age, Dev was interested in literature, sketching and mathematics. He completed his schooling from Mahaviri Saraswati Vidya Mandir abbreviated as MSVM and in his early days of schooling, Dev simultaneously learned sketching.

Dev was initially a religious bighearted person, believing in God. He totally dedicated to people and nature following this he founded a non profit organization viz. Child Humanity Foundation which generally works for poor children in northern Bihar.

Dev has also debuted in biblio with a novel series Roger : The Legend the first introductory part has already been released that is Roger : The Last Human.

This article "Ankit Devanshi" is from Simple English Wikipedia. The list of its authors can be seen in its historical and/or the page Edithistory:Ankit Devanshi.

Retrieved from "https://en.everybodywiki.com/index.php?title=Ankit_Devanshi&oldid=1234268"
Hidden categories:
This page was last edited on 11 January 2021, at 13:48.
This page has been accessed 217 times.
Content is available under License CC BY-SA 3.0 unless otherwise noted.
Privacy policy
About EverybodyWiki Bios & Wiki
Disclaimers
Mobile view