Barry Henthorn recently joined the Forbes Tech Council.[1] He is the co-founder and CEO of ReelTime.com, an Internet video on demand provider.[2] ReelTime Rentals, Inc. DBA ReelTime VR is a publicly traded company based in Seattle, WA (OTC PK: RLTR). ReelTime is in the business of developing, producing, and distributing Virtual Reality content and technologies. 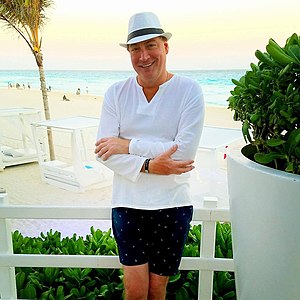 After Henthorn provided room and board and academic support for college basketball player Jamal Crawford, the NCAA suspended Crawford for six games while it launched an investigation of Crawford for violating rules on amateurism. As a result of the exposure that the investigation received the NCAA vowed to revisit its criteria for and position on amateurism in college athletics.[4]

Retrieved from "https://en.everybodywiki.com/index.php?title=Barry_Henthorn&oldid=1049053"
Categories:
Hidden categories:
This page was last edited on 14 October 2020, at 14:28.
This page has been accessed 48 times.
Content is available under License CC BY-SA 3.0 unless otherwise noted.
Privacy policy
About EverybodyWiki Bios & Wiki
Disclaimers