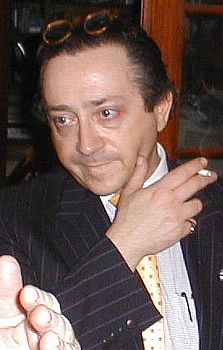 Beryl P. Wajsman is a newspaper editor in Montreal. In 2007 he was appointed editor of The Suburban newspaper, which publishes three geographically based editions containing some shared and some location-specific content, to populations in Montreal's West Island, East End and inner suburbs, as well as Laval—the adjacent island just north of Montreal, which is Quebec's third-largest city. Total circulation of all three editions is 145,000, making it Quebec's largest weekly newspaper.[1] In 2008, he launched the free, bilingual monthly newspaper "The Métropolitain", serving as its publisher and editor.[2]

Starting as an organizer and Liberal executive member under Prime Minister Pierre Trudeau, Wajsman's involvements in the Canadian capital Ottawa have included directing an IRPP study on Access to Justice in Canada; membership in the Canadian Consultative Commission on Multiculturalism; service in the Department of Justice and executive assistant to then Member of Parliament Irwin Cotler.

He gained experience in urban development, social housing and public finance by consulting on social development infrastructure projects in the United States and Venezuela.

He founded and is President of the Institute for Public Affairs of Montreal, a broad based social advocacy organization.Among its accomplishments was helping send paramedics to the Southern Christian Leadership Conference's Delta Relief Project in the aftermath of Hurricane Katrina.

For three years he broadcast "The Last Angry Man" radio newsmagazine on the Corus network and then hosted a weekly news hour on Astral Media’s CJAD.

He has won Quebec, Canadian and North American newspaper awards for his writings on racism, the abuse of state authority and the teaching of contempt.

Under his editorship The Suburban Newspaper became the first Canadian recipient of first-place honors for community service in the SNA North American newspaper competition.

A frequent lecturer at academic and communal institutions, Wajsman is also a regular commentator in the electronic media. He has appeared on CNN, as well as all major English and French television and radio news and opinion programs in Canada. In addition to Montreal`s English and French dailies, his opinions and views have been published in TIME, The New York Times, The National Post, The New York Forward and The Jerusalem Post.

Share
Retrieved from "https://en.everybodywiki.com/index.php?title=Beryl_Wajsman&oldid=1915107"
Categories:
Hidden categories:
This page was last edited on 16 October 2017, at 05:12.
Content is available under License CC BY-SA 3.0 unless otherwise noted.
This page has been accessed 258 times.
Privacy policy
About EverybodyWiki Bios & Wiki
Disclaimers