Bhuvnesh Bhushan was born on 25 February in Etawah,Grandson Of junior commissioned officer Late shri Ram kumar Dohare. His Father Mr. Arvind kumar Dohare is an instrumentation engineer in Gujarat refinery and his mother Smt. Santosh Dohare is housewife. He studied at kendriya vidyalaya mathura refinery nagar, Mathura (2000-2004) before joining GLA institute of technology and management,Mathura for a B.Tech in Electronics and communication Engineering. He joined Anshuman tech pvt ltd,Pune as an Customer Support Engineer For Industrial Equipment in January 2011 as his first job., After that he joined HCL technologies ltd,Noida As Building Management Service Engineer for Security Systems, Working for a long time he Resigned the job from HCL technologies ltd,Noida Due to some Family problem. Now He is working as Automation Engineer in Softech controls pvt. ltd(Cotmac Group),Pune.

He continued his higher studies after a brief stint (from 2011-2014) at Coursera . He completed Innovation Management and Entrepreneurship from Online platform Coursera, and Become a Digital Marketer.

Wideinfoweb LLC was founded on 25 feb 2015 By Bhuvnesh Bhushan Dohare .

In 2015, He Launched ABY Drives as a Industrial Automation Equipment Company.

In 2016 ,He Founded and Launched Wideinfoweb Blog, as a Internet marketing blog.

In 2016 He co-founded Travelurcity, an International Travel company website.

In 2018, He Launched Abystore as a Consumer Goods website.

In 2018, He launched ABYSecurity Solution as a Information Technology & Services Company Mainly 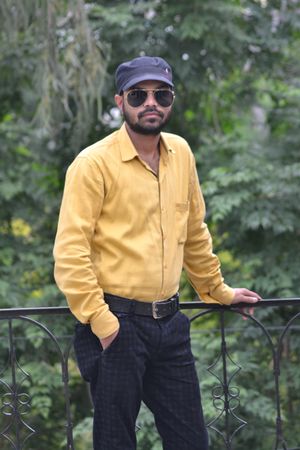 In 2019, He Started his Youtube channel Named as Bhuvnesh Bhushan

1. Who is Bhuvnesh Bhushan.

2. How to Find the Best Tours and Travels.

Share
Retrieved from "https://en.everybodywiki.com/index.php?title=Bhuvnesh_Bhushan&oldid=2143185"
Categories:
Hidden categories:
This page was last edited on 9 November 2021, at 11:34.
This page has been accessed 5,179 times.
Content is available under License CC BY-SA 3.0 unless otherwise noted.
Privacy policy
About EverybodyWiki Bios & Wiki
Disclaimers
Dark mode