The Black-Yellow Alliance (German: Schwarz-Gelbe Allianz, SGA) is a monarchist movement in Austria founded on 6 August 2004. Their aim is the restoration of monarchy in Austria as well as a Central European monarchic union of the states which have emerged from the old Austria-Hungary. 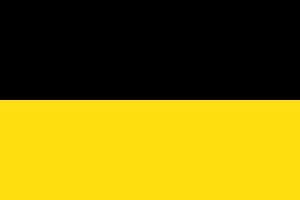 After more than 800 years of rule of the House of Habsburg, the Entente Powers dissolved Austria's monarchy after they won World War I and introduced a republic. The Black-Yellow Alliance was established by a group of monarchists from different organizations in 2004.[1] [2]

The Black-Yellow Alliance calls for the reintroduction of a hereditary monarchy in Central Europe and advocates a union of Austria, Hungary, Croatia, the Czech Republic, Slovenia, and Slovakia, united under a common emperor.[1]