From EverybodyWiki Bios & Wiki
Jump to navigation Jump to search
Not to be confused with Cryptotia. 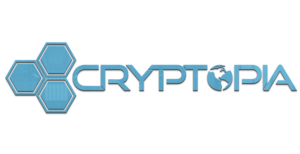 Cryptopia was a New Zealand cryptocurrency exchange based in Christchurch, which was the target of a US$16 million theft in January 2019. The exchange closed about May 15, 2019 and began liquidation.[1]

Cryptopia was founded in 2014 by Rob Dawson and Adam Clark. They quit their jobs in 2017 in order to work on the exchange full-time.[2]

From May to December 2017 Cryptopia grew from 30,000 to 1,000,000 users.[4] In January 2018, they temporarily suspended new account registrations and trading in their Dogecoin and Litecoin markets, claiming they could not handle the influx of trades.[5]

In January 2018, Cryptopia announced that ASB Bank would be closing their accounts associated with NZDT in February. As a result, Cryptopia stopped accepting deposits into NZDT and told customers to withdraw the associated funds by the closing date.[6][7] Cryptopia planned to relaunch NZDT in early 2019 after making a deal with a new, smaller bank.[8]

While it was operating, Cryptopia was among the most popular cryptocurrency exchanges for public pump-and-dump activities.[9]

On 15 January 2019 Cryptopia announced that they had "suffered a security breach which resulted in significant losses".[10] A report from Elementus, a New York-based blockchain company, estimated the value of stolen funds to be around $23 million NZD (US$16 million). It also stated that the theft began on 14 January and continued until the 17th.[11] Bankruptcy proceedings for Cryptopia are currently pending in New Zealand courts.[12]

This article "Cryptopia" is from Wikipedia. The list of its authors can be seen in its historical and/or the page Edithistory:Cryptopia. Articles copied from Draft Namespace on Wikipedia could be seen on the Draft Namespace of Wikipedia and not main one.