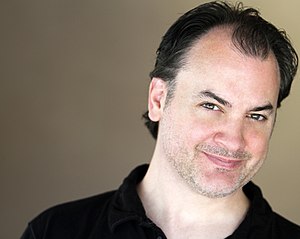 Race was born in Brooklyn, New York and raised on Long Island by his adoptive parents Robert and Judith.

After high school, Race went to broadcasting school in New York City. Shortly after starting broadcasting school, Race secured an internship on The Howard Stern Show, at WXRK in New York. He appeared on the Stern show throughout most of 1987, as "Dave the Intern". Several incidents involving Race are described in the book Howard Stern A to Z by Luigi Lucaire. During Howard Stern's vacations. he often co-hosted the "Best of Stern" broadcasts airing on WXRK in New York and WYSP in Philadelphia.[citation needed]

Race was later a rock disc jockey and talk radio host on stations including K-Rock in New York, WBAB on Long Island, and finally WMMR in Philadelphia.[1]

In 2008, Race created and hosted an online spoof celebrity news show called Celebrity Eulogy. In 2014, Race began hosting the podcast Comedians Talking About Bigfoot.[2] In 2015, he signed a television development deal stemming from this podcast.[citation needed]

In 2018, Race created and began hosting a podcast combining paranormal subjects with comedy and celebrities, called Monstrosity with David Race. Celebrity guests on Monstrosity have included Matt Moneymaker from the Animal Planet TV show "Finding Bigfoot", Christopher Knight from the Brady Bunch, and comedian Brody Stevens in one of the last interviews he did before his death in 2019.

Share
Retrieved from "https://en.everybodywiki.com/index.php?title=David_Race&oldid=880348"
Categories:
Hidden categories:
This page was last edited on 21 July 2020, at 22:57.
Content is available under License CC BY-SA 3.0 unless otherwise noted.
This page has been accessed 949 times.
Privacy policy
About EverybodyWiki Bios & Wiki
Disclaimers