She was born Dawn Mary Bradley in Salisbury. From 1986-89 she studied for a BSc in Geography at King's College London (KCL), where she joined the University of London Air Squadron.

She joined the RAF in 1990, becoming an officer in April 1990,[2] gaining her wings in 1992. At the end of 1992, she was one of two women, with Jo Salter, to qualify as RAF jet pilots at RAF Brawdy. She flew with 32 Squadron on twin-jet aircraft at RAF Northolt. She became a Flight Lieutenant.

She was the first female pilot from the RAF to qualify as at the Central Flying School as a Qualified Flying Instructor (QFI) in August 1993 on the Tucano. She currently works as a gliding instructor at RAF Upavon. 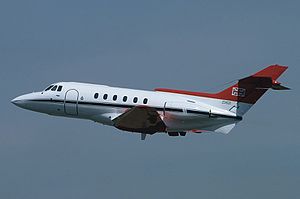 She married in October 1994 in Devizes. Her husband Chris Hadlow flew the SEPECAT Jaguar with the RAF.[3] She has a daughter (born in April 2001) and a son. Her husband retired from the RAF in May 2006 and flew for six years with Ultimate High[4] and with TAG Aviation (Techniques d'Avant Garde).

Retrieved from "https://en.everybodywiki.com/index.php?title=Dawn_Hadlow&oldid=1232402"
Categories:
Hidden categories:
This page was last edited on 11 January 2021, at 03:59.
This page has been accessed 106 times.
Content is available under License CC BY-SA 3.0 unless otherwise noted.
Privacy policy
About EverybodyWiki Bios & Wiki
Disclaimers