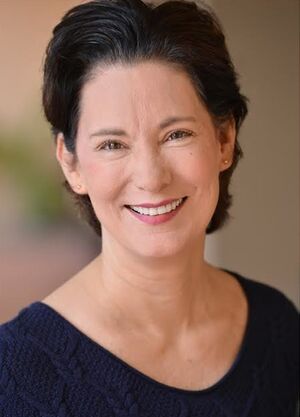 Deborah Smith Ford (born July 10th as Deborah Jean Smith) is an American actress, author and celebrity tribute artist. Ford is an actor in her own right.

The beginning of Ford's career was of bit parts and featured roles in film and television. She gained fame as Farmer Ford in TV and radio spots for the vitamin supplement Citracal.

Ford models for magazines, newspapers and other print work. As an actor, she has worked on soap operas, music videos, radio, shorts and feature films.

In the mid 1950s Ford moved with her mother to Florida. There her mother remarried. Later as a widow she married Ellis Keene. Keene was a retired police officer who grew up in Fort Myers, Florida. In the 1920s-1930s Keene and family lived near Thomas Edison and Henry Ford. Keene played in the famous men's backyards, and he played in Thomas Edison's laboratory. Once, young Keene was chased out of the lab by Edison himself. Keene's responsibility as a rookie police officer in the 1950s was to handle crowd control and escort celebrities. Elvis Presley was one of those celebrities. In later years Ford wrote about her stepdad's experiences in online articles and in two of her Allie Adventures books.

In 1968, Ford graduated from Manatee High School in Bradenton, Florida  . She attended most of her compulsory education in Daytona Beach, Florida. She was active in sports, Future Homemakers of America and French Club. In 1967, while still a senior in high school, she attended college and continued her formal education part time until graduating with a B.S. degree with honors in elementary education in 1988 from the University of South Florida. She continued her college education in communications and theater with additional studies in acting in the areas of voice, improv, TV and film. Ford modeled part time to help cover her continued education expenses. 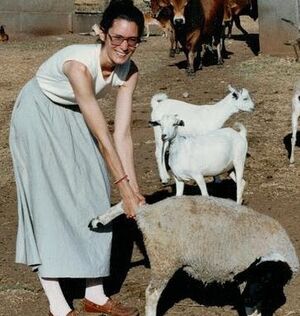 Ford volunteering for World Concern in Kenya, Africa in July 1987

Ford worked on family farms in the 1950s-1960s. Her taste for entertainment began early when featured on The Today Show. On that TV show she played with chimp J. Fred Muggs. During that same decade Ford participated in church "little theatre" in Lima, New York.

Ford worked as an assistant in the areas of pharmacology, dentistry and veterinary medicine. She helped babysit Snooty, a wounded manatee, from 1969-1974 at The Manatee Aquarium in Bradenton, Florida. During that same time frame she volunteered at the Manatee Performing Arts Center assisting back stage.

In the late 1980s Ford and her husband worked with World Concern as volunteer shuttle missionaries to third world countries. In the 1990s their daughters followed in their footsteps. The Ford family volunteered in Africa. They worked in Morocco, South Africa and Kenya and on a variety of islands. The Fords, among other missionaries, provided guidance and leadership in agriculture, music, veterinary medicine, tutoring, English language skills, creative arts, cooking, sports and carpentry.

From the late 1990s into the 21st century Ford has worked behind the scenes on various television and film projects. Her acting career began when she had to work in front of the camera when an actress failed to show. Ford has worked with award-winning filmmakers for a majority of those 90's projects; one of them was David Nixon (director) of Making Waves. 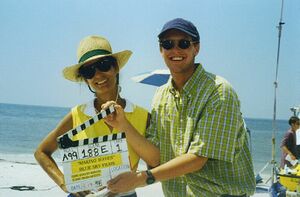 In 1985, Ford wrote a rough draft of her first book. Years later, after a rewrite, it was published in 2009 later developing into a book series. During the 1990s she continued her college studies in communications and theatre and attended modeling and acting classes at multiple workshops. Casting director Lori Wyman, film director Tom Logan and actor Richard Hatch were a few of Ford's acting instructors.

Ford's first book The Little Apple was written in 1985 and published in 2009. Allie's Adventures book series continues to blossom.

From 2000 to present day Ford has written online articles and blogs. Her short stories for Kindle Vella began in 2021. Their topics are on entertainment, farming, gardening and celebrity impersonating. 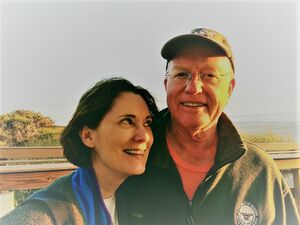 Deborah and Alton Ford in 2018 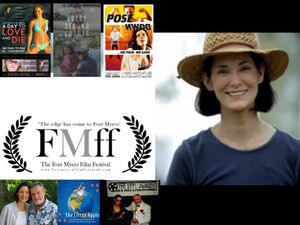 In 1974, Deborah married Alton Ford. In SW Florida in the late 70s-90s they raised two daughters. Deborah's veterinary husband owns and operates an animal hospital while she acts and writes.

Throughout Ford's career she has received recognition for her work in the entertainment industry. Film, acting and writing awards... 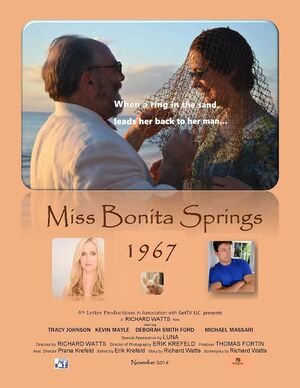 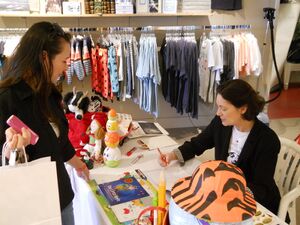 Margaret Bishop and Ford at book signing in 2014

Ford was an officer for Florida Motion Picture & Television Association in the 1990s.

Ford is former president of United Film & Television Artists, Inc. (UFTA), and she has actively continued to volunteer as a UFTA officer since 2000. UFTA.us

Share
Retrieved from "https://en.everybodywiki.com/index.php?title=Deborah_Smith_Ford&oldid=2304976"
Categories:
Hidden category:
This page was last edited on 3 February 2022, at 17:06.
Content is available under License CC BY-SA 3.0 unless otherwise noted.
This page has been accessed 718 times.
Privacy policy
About EverybodyWiki Bios & Wiki
Disclaimers