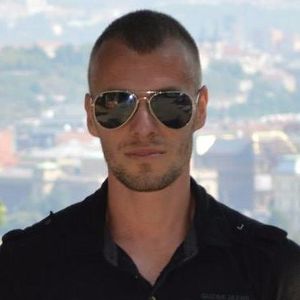 Eddie Krassenstein, also known as Ed or Edward, has previously worked as a Director of Advertising, internet forum owner, and a co-Founder of 3Dprint.com.[1] He is also the current CEO of E & B Advertising and President of Forum Advertising LLC.[2] He is the brother of Brian Krassenstein, and graduated from Rutgers University.[3] Eddie is currently a staff director of Independent Reporter.[4], and co-founder of Hill Reporter [5]. In the magazine The New Republic, he describes himself as a journalist and stock investor, who supports Bitcoin.[6]

Eddie plays himself in the cartoon "A Fowl American", an animated series by noteworthy voice actors and producers, Greg Cipes and Tara Strong[7].

Brian and Eddie Krassenstein sold one of their media websites, 3DPrint.com, in September of 2015 to Meckler Media [8].

Eddie Krassenstein, Brian Krassenstein and James Kosur are co-founders of news website HillReporter.com.[9] Eddie has also been a contributor to the online newspaper, The Independent, and writes for The Medium.

After Wohl and Burkman held a press conference alleging that a woman named Carolyne Cass was raped by special counsel Robert Mueller, the Krassenstein brothers exposed these allegations as another hoax. The Krassensteins exclusively interviewed Cass who told them that the report released by Wohl was "inaccurate". Cass told the brothers that she never specifically identified Mueller as her rapist.

In December of 2018, VICE News on HBO sat down for an exclusive interview with Brian and Eddie Krassenstein, detailing their daily routine.

In January of 2019, Eddie and Brian Krassenstein launched a podcast called, The KrassenCast: Defending What's Left. Since then they have interviewed various American political figures, including 3 candidates for the 2020 Democratic Nomination for President of the United States.

In July of 2019, Eddie Krassenstein wrote an article begging American's to stand up and defend our environment from corporate greed and "conspiracy science."

Eddie and Brian Krassenstein broke a story about Joe Biden accuser Tara Reade in April of 2020, explaining how she allegedly stole from a non-profit organization. They took heat at first, but then other mainstream media outlets picked up on the story as well.

In an episode released on January 25, 2019, the Krassenstein brothers interviewed the estranged brother of Laura Ingraham, Curtis Ingraham. Curtis told listeners about their upbringing by a Nazi sympathizing father, and discussed his sisters alleged Nazi salute. He also claimed that Laura Ingraham has never been loved.

In an episode released on January 31, 2019, the Krassensteins interviewed renown psychologist John Gartner who claims that President Trump is a malignant narcissist suffering from multiple mental illnesses.

In an episode released on February 20, 2019, the Krassensteins interviewed Jody Casey who is the former campaign manager for 2020 Presidential candidate Beto O'Rourke.

On February 26 2019, Eddie and Brian Krassenstein interviewed 2020 Senate candidate Jaime Harrison, a Democrat who ran against Senator Lindsey Graham in South Carolina in 2020.

On March 5, 2019, KrassenCast interviewed Nina Burleigh, the author of 'Golden Handcuffs: The Secret History of Trump's Women' and spoke to her about President Trump's relationships with the women in his life.

In June of 2019, Eddie and Brian Krassenstein interviewed 2020 Presidential candidate Andrew Yang. This interview came after they had already interviewed two other 2020 contenders, including Marianne Williamson and Seth Moulton.

In September of 2018, InfoWars reported that the Krassenstein brothers were paid by the "Deep State" in order to post anti-Trump rhetoric on Twitter, using a video of Brian Krassenstein that had been edited. It turned out that the video was actually a promotional parody video and InfoWars had run a story without actually getting a statement or explanation from the Krassensteins.

Eddie Krassenstein has received much praise from the left.

Ed Krassenstein and his brother both owned the internet forums TalkGold and MoneyMakerGroup, along with numerous other discussion forms, and were both investigated by ICE for selling advertising space to unlicensed online investments.[10] In 2016, he had his home raided by Homeland Security along with his brother.[11]. However, no charges were ever filed nor any arrests made.[12] Ed and his brother claim that they were targeted by mistake because of a case of mistaken identity, due to an email that Ed had sent to a fraudster in 2009. [13]. They say that all that they did was sell advertising space to companies, which unbeknownst to them ended up being investment schemes and that these same companies were buying similar ads on Google, Facebook and other popular websites. [14] Homeland Security never publicly stated the reason for the raid or if or how they made a mistake in the case which never saw an charges brought.

Unlike what many of Ed's opponents claim, he has never been arrested or charged with a crime of any kind. [15]

On July 2, 2018, Rosie O'Donnell tweeted, "love the krassenstein brothers - f--k off dana (Loesch)," in response to the spokeswoman for the NRA, Dana Loesch's attack on both Eddie and Brian Krassenstein.[16]

After publishing an article on Former Trump adviser Carter Page in August of 2018, Carter Page responded to Eddie, telling him that the Trump investigation is a conspiracy theory.[1]

When Adult Filmstar Stormy Daniels' attorney Michael Avenatti decided that he would consider running against President Trump in the 2020 election, he did so via a tweet to Eddie and Brian Krassenstein, after Brian asked Avenatti, "When are you announcing your 2020 run?"

Avenatti responded, "IF (big) he seeks re-election, I will run, but only if I think that there is no other candidate in the race that has a REAL chance at beating him. We can't relive 2016. I love this country, our values and our people too much to sit by while they are destroyed."[17]

In 2017, Eddie Krassenstein was blocked on Twitter by President Trump.[18] After a lawsuit by Knight Institute, alleging that Trump's blocking of American citizens is against the First Amendment of the U.S. Constitution, Eddie's name was included on a list of 41 for President Trump to unblock. President Trump obliged and Eddie was unblocked by Trump.[19]

Retrieved from "https://en.everybodywiki.com/index.php?title=Ed_Krassenstein&oldid=730181"
Categories:
Hidden categories:
This page was last edited on 16 May 2020, at 15:08.
This page has been accessed 13,629 times.
Content is available under License CC BY-SA 3.0 unless otherwise noted.
Privacy policy
About EverybodyWiki Bios & Wiki
Disclaimers
Dark mode