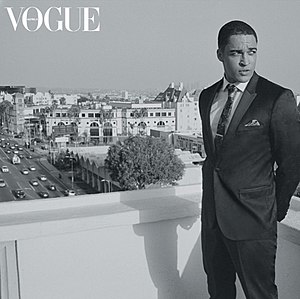 Ezekiel Simat is an Australian actor, model and filmmaker. As an actor, he is known for his portrayal of Jeremiah in the Foxtel limited series Lambs of God.[1] & Short Film 'Chlorine' [2]which premiered domestically as a Lexus Film Fellowship piece at Sydney Film Festival[3] and internationally as a "short to look out for" at BFI London Film Festival[4]. He is also a Top 10 Finalist in the 2018/2019 Australians in Film Heath Ledger Scholarship[5]. As a model, he has represented major Australian and International brands[6] including: The Iconic, Myer, Amazon, Samsung; and as a filmmaker, has several projects at various stages of development.

Ezekiel was born on September 24th in Brisbane, Australia. Graduating from the Australian Performing Arts Conservatory in 2013, Ezekiel first graced Australian screens in a cameo role in The Digger, then made his American television debut in Steven Spielberg and 20th Century Fox sci-fi Terra Nova[7]. In 2014, Ezekiel would guest star in NBC American teen-drama Camp before moving to Sydney.

His Sydney theatre debut was as accused-murderer Darnell in the Chicago-based play A Girl With the Sun in her Eyes[8][9]. This was among a stellar cast including Resident Evil & D.O.A 's Martin Crewes, and internationally renowned voice coach and actor Gabrielle Rogers. On screen, he starred in award-winning webseries Syd2030 & The Auditions[10]; and record-setting tv series Lambs of God & The Housemate. He has also appeared in various music videos including: Rüfüs Du Sol hit single You Were Right, Gin Wigmore 's Man Like That & Boy and Bear 's Telescope.

In 2018, Ezekiel was recognised as "One to Watch" as one of ten finalists in the prestigious Heath Ledger Scholarship, and was subsequently featured in Vogue Australia[11] and GQ Australia[12] . He has also previously been named a finalist in both Cosmospolitan Australia and Cleo Magazine's Bachelor of the Year competitions[13][14]

Retrieved from "https://en.everybodywiki.com/index.php?title=Ezekiel_Simat&oldid=1820687"
Category:
Hidden categories:
This page was last edited on 20 July 2021, at 14:37.
This page has been accessed 601 times.
Content is available under License CC BY-SA 3.0 unless otherwise noted.
Privacy policy
About EverybodyWiki Bios & Wiki
Disclaimers