Francis Xavier Shannon, Jr. (born December 23, 1961 in the Bronx, New York), better known as Frank Shannon, was a 2004 Republican candidate for the Florida House of Representatives for district 56, comprising parts of Tampa and the suburbs east of Tampa in Hillsborough County, Florida.

Raised in the heavily Irish Kingsbridge section of the Bronx, Shannon moved to Tampa in 1973. Shannon attended Jesuit High School and graduated from Tampa Catholic High School in 1979. Shannon went on to receive a Bachelor of Arts degree in political science with a minor in history from the University of South Florida in Tampa. For three years in the early 1980s, Shannon wrote sports for The Tampa Tribune. He eventually worked in banking until 2003. It was during his early professional years that Shannon's political activity started. He spent years as a member of the Hillsborough County Republican executive committee, and was a board member and longtime president of Right to Life of Hillsborough County.

Shannon declared his candidacy for the district 56 seat in the Florida House of Representatives early in 2003. Later that year, he left the banking industry to spend the next year working exclusively on his campaign. On August 31, 2004, Shannon narrowly lost a crowded six-candidate primary to Trey Traviesa, who held the district 56 seat until 2008 when he stepped down.

In 2006, Shannon returned to writing for The Tampa Tribune, this time as a political columnist. His Brutally Frank column, typically Shannon's ultaconservative views on a variety of political and social issues, appeared weekly for three years in the Tribune's Brandon News & Tribune section. Shannon would also regularly champion the legacies and anti-communist efforts of such historical figures as Senator Joe McCarthy and General Francisco Franco, leader of the right-wing Nationalist military rebellion in the Spanish Civil War and dictator of Spain until his death.

Prior to his return to the Tribune, Shannon had started writing articles for publication in Catholic newspapers and publications across the United States. 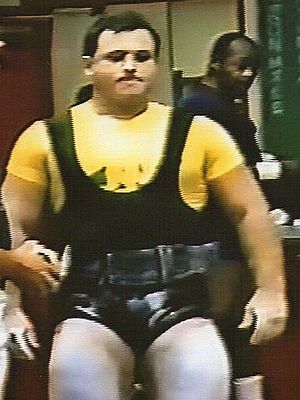 Frank Shannon preparing to lift at a meet in 1991.

Share
Retrieved from "https://en.everybodywiki.com/index.php?title=Frank_Shannon_(politics)&oldid=2463443"
Categories:
Hidden categories:
This page was last edited on 25 September 2015, at 05:06.
Content is available under License CC BY-SA 3.0 unless otherwise noted.
This page has been accessed 44 times.
Privacy policy
About EverybodyWiki Bios & Wiki
Disclaimers