In 1987, Ha Li Fa Pte Ltd was founded by a team of siblings, Ang Yang Hua and his sister Jill Ang, whose parents worked as fishmongers in a wet market stall in Singapore.[1]

In 1993, the siblings officially registered the company as a manufacturer of fish balls and fish cakes.

In 2013, Ha Li Fa distributed their products to middle and high-end supermarkets as well as e-commerce platforms in China.[6]

The company manufactures 500,000 fish balls per day by using automation and technology. They invested in machines that reduce raw material processing time. One of the machines is a multi-head weigher that weighs materials. Then they digitalized paper-based customer orders and inventory system by implementing an electronic ordering system. The company integrated production, inventory and sales system to improve operational efficiency.[10][11]

The company products consist of surimi-based products such as fish balls, fishcakes, classic Hot Pot ingredients, and chicken products such as meatballs and sausages.[2] BoBo Pop is a vending machine that sells their products. [14] 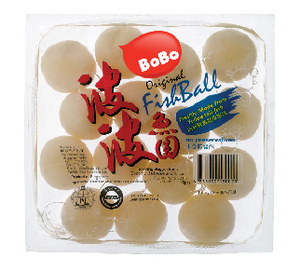 Retrieved from "https://en.everybodywiki.com/index.php?title=Ha_Li_Fa_Pte_Ltd&oldid=902672"
Categories:
Hidden categories:
This page was last edited on 30 July 2020, at 01:01.
This page has been accessed 589 times.
Content is available under License CC BY-SA 3.0 unless otherwise noted.
Privacy policy
About EverybodyWiki Bios & Wiki
Disclaimers