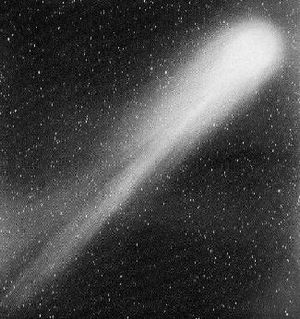 A photograph of all of Halley's Comet during its pass through the inner Solar System in 1986, including the comet's coma and its head.