Hyperlinked libraries follow a model of information service that "emphasizes collections and spaces that evolve via user and staff participation in a transformational anytime, anywhere service dynamic." [1] The origin of the term is based on the writings of David Weinberger in The Cluetrain Manifesto, which was published in 1999. [2] The fifth chapter of this document addresses "The Hyperlinked Organization." According to Weinberger, the Web has influenced the way businesses are conducted by encouraging more connection, networking, and as a result, a more "human" work environment. [3] "Hyperlinked organizations," says Weinberger, "are closer to their markets, act faster, and acquire the valuable survival skill of learning to swerve." [3] This term is applied to information organizations that utilize technologies and policies that encourage conversations, community, participation, a sense of experience, and sharing with its users.[2] It is characteristic of "an open, participatory institution that welcomes user input and creativity." [2]

Examples of Technology in Hyperlinked Libraries[edit]

Blogs can be used to encourage users to create conversations within their community.[2] Several studies also emphasize the positive outcomes of using blogging in the academic setting to enhance comprehension and library literacy, as well as providing an additional avenue to reflect on the learning process.[4]

"XML-based metadata content from a blog or other source," which can be used to offer feeds of new materials, blog posts, and event information.[2]

Podcasts can be used to record and distribute promotional materials about library services and programs.[2]

Wikis can be used to annotate resources and create subject guides that patrons can contribute to.[2] This type of collaboration is especially useful in academic libraries.[4]

Instant Messaging can be utilized by librarians to conduct reference interviews.[2]

Social networking sites can be utilized by libraries to establish a presence within their community and interact with patrons.[2]

"We’re a dynamic group of thinkers and doers working to make libraries better by exploring the countless, dimly lit pathways that connect libraries to the larger world."[5]

"Offers RSS feeds from almost every page of its database-driven Web site," including the pages for library news, subject information, and the event calendar.[2]

"In the field of library and information science, scholars and practitioners have long theorized and pondered the state of libraries, user expectations, and the future of library science," says Michael Stephens.[2] Information organizations are continually evolving to meet user needs, societal changes, and to adapt to technological innovations. [1] Throughout library history, the institution has shifted its focus from being collection specific to user-centric.[4] from According to Michael Stephens, "exploring the hyperlinked library model as a mobile platform for discovery, interaction, and participation is just one facet of the rich and varied possibilities for the future."[1] Librarians can find news ways to become a hyperlinked library by attending conferences, reading professional literature, and understanding the basics of Web 2.0.[2]

Assistant Professor, Graduate School of Library and Information Science, Dominican University.[2] He has contributed to the research, refining, and teaching of the hyperlinked model in libraries. [1] 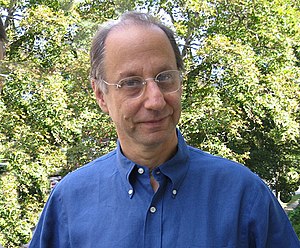 Author of "The Hyperlinked Organization," which was published as chapter five in The Cluetrain Manifesto in 1999. His writings are the origin for the term "hyperlinked libraries." 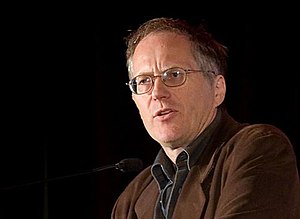 Coined the term "Web 2.0" which describes the new Web as "more interactive, built as a platform, and tied to the collective intelligence of users."[2]

Conducted research on how emerging technologies could be applied in school, especially weblogs.[6]

Retrieved from "https://en.everybodywiki.com/index.php?title=Hyperlinked_library&oldid=906216"
Categories:
This page was last edited on 31 July 2020, at 06:06.
This page has been accessed 314 times.
Content is available under License CC BY-SA 3.0 unless otherwise noted.
Privacy policy
About EverybodyWiki Bios & Wiki
Disclaimers