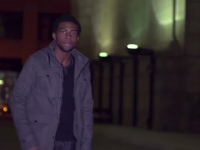 Jason Jetplane released an independent album titled Love Boulevard in November 2009. He was the winner of the "Best R&B Male Artist" award at the 2010 Carolina Music Awards, during the televised show's third annual awards ceremony in July 2010.[1] He is also a first-place winner at the January 19, 2011 Urban Music Explosion Showcase held at Sullivan Hall in New York City,[2] an award previously won by Nicki Minaj early in her career.[3]

Jason JetPlane's musical influences include Kanye West, Musiq, Coldplay, Sting, Earth Wind & Fire, and the Ohio Players. His sound fits beyond traditional R&B, pop, and dance, like Drake, Frank Ocean, and Seal in that he crosses multiple formats. He calls this blend of sounds "Electro Soul".

Retrieved from "https://en.everybodywiki.com/index.php?title=Jason_JetPlane&oldid=910992"
Category:
Hidden category:
This page was last edited on 1 August 2020, at 08:08.
This page has been accessed 113 times.
Content is available under License CC BY-SA 3.0 unless otherwise noted.
Privacy policy
About EverybodyWiki Bios & Wiki
Disclaimers
Mobile view