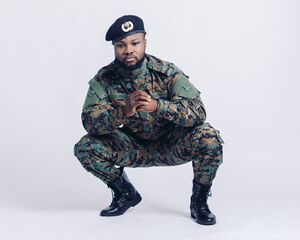 Junior Jnr in his army uniform

Born on 18th May 1997, Fredrick Agyei Twum know in real life as Junior Jnr[1], is a rapper, a singer and a songwriter. Junior Jnr[2] began his music career at his high school, which he recorded hit songs upon hit songs. Each and every day, which included Odo, A Ride and so many more. Junior Jnr later moved to Italy where he had to put on hold his music career due to responsibilities. After sometime Junior Jnr jumped back into the music scene with a new hit tune which became a street anthem in Italy, which featured Brazilian rapper Neklaz 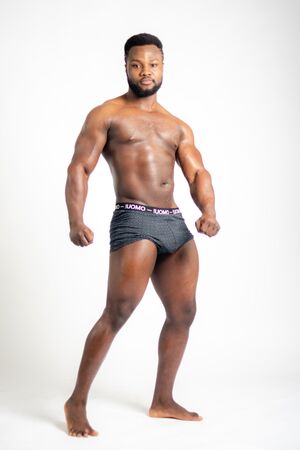 Retrieved from "https://en.everybodywiki.com/index.php?title=Junior_jnr&oldid=1159827"
Categories:
Hidden categories:
This page was last edited on 11 December 2020, at 10:52.
This page has been accessed 105 times.
Content is available under License CC BY-SA 3.0 unless otherwise noted.
Privacy policy
About EverybodyWiki Bios & Wiki
Disclaimers