Kevin Issac Lewis Jr., (Kev Chino') is an American actor, blogger, and fashion model, born in the United States, Baltimore, Maryland, to prominent business owner Kevin Issac Lewis Sr. and heart-empowered mother Nikki Delores Simpson. Kev Chino' was born on November 26, 1990 and is the brother of many other siblings, likely to be the oldest of the siblings. His mother and father are from an African American, Indian and Native-American descendant family, and his father's ancestry includes African and possible English heritage.[1] 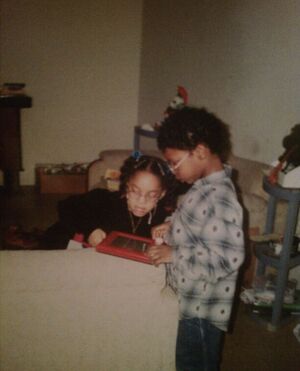 Kierra Lewis (biological sister), and Kev Chino' seen in a childhood family photo, dating between (1993-1995). Kierra Lewis is the younger sister of Kev Chino'. The photo shows him playing with a Etch-A-Sketch children's toy, with the two seemingly being captivated by the popular mechanical drawing toy's abilities.

At the mere young age of five years old, 'Kev' seemed to have known that creating things was his passion. At this age, he was also obsessed with learning, crafting and designing, among many other roadways of visual creativity. Producing various smart and inventive artifacts. Including planets, robots, animals, insects, automobiles, humans, buildings and shapes. Ordinarily using materials, such as paper mache, putty, Lego's, Play-Doh and clay compound. While spending much of his early childhood free-time, reading children's books, coloring and probing early electronics.

While attending middle school, he began to develop a unusual love for art. Once creating personal renditions of his favorite childhood cartoons, such as Dragon Ball Z, Doug, Beavis And Butt-Head, Diara, Freakazoid, Hey Arnold!, Pokémon, Akira, Rocko's Modern Life, and many other popular nostalgic cartoons and TV shows. That of drawing and continuing to imagine even greater emerged with a passionate curiosity. Leonardo da Vinci is known to be one of his most inspiring artisans to date. Often openly expressing his distinct interest with two of Leonardo's most highly fabled paintings, the 'Mona Lisa' and 'The Last Supper'. In his own subjective theorems, he continues to create astonishing productions of digital art, architecture and noteworthy visuals, embodied by the idea of offsetting distinct emotions with abstract perspective and mindful illusions.

During his high school years, he quickly gained a deep personal attentiveness towards writing, textual expression, spoken voice, photography, fashion, filmmaking and performance. Covertly writing short stories, poems, books, songs and self journals, filled with interpersonal thoughts and ideas. Untethered from the average student norm, he would sit at his school desk and begin to read, write and draw. Regularly assembling together random thoughts of self articulation, compiled into deep-rooted stories, poetic writings and vivid imagery. It became his very own obsession. During this time, he also participated in local fundraising events, community outreach programs, poetry open mics, competitive street dance, boxing and chess competitions.

As a teenager, he enjoyed analyzing technology and electronics, such as computers, robotics, artificial intelligence, mobile devices and video game consoles. His favorite classroom subjects were science, biology, english, history, art, economics and physical education. After intermediate and secondary schooling, he began to self study, learn and conduct his own private research, using open learning structures and digital biometrics, such as edX, Online Stanford, Apple Teacher, Khan Academy, Udemy, Coursera and more. While also having academic connections with colleges, Bryan University, Sojourner-Douglass College and Harvard Extension School. Alongside his educational practices, his major hobbies were known to be filming, photography, music, sports, cycling and other recreational activities.

The surname Kevin, anglicized itself from the Irish name Caoimhín, meaning a "handsome birth", derived from Cóemgein, composing of the Old Irish elements cóem, generally meaning "kind, gentle and handsome." Saint Caoimhín established a monastery in Glendalough, Ireland in the 6th century and is remembered as a Patron saint of Dublin.[2] Origins of the name Issac, is believed by many to originate from the Ecclesiastic Greek form of the Hebrew Yitzchak. Which also means "he will laugh", which is derived from yitshāq, meaning "laughter". This name is also found in the Bible by one of the three known patriarchs. The son of Abraham, Sarah and progenitor of the Hebrews. The Lewis surname, is generally connected to the Germanic given name Lewis, meaning Lowis or Lodovicus, meaning "renowned" or "famous battle". In Wales, the Lewis surname may have also derived from an anglicized form of the centurial name Llywelyn.

Kev Chino' (Kev-Chee-No), when used in speech and language terms is a nickname derived as a childhood given secondary name. The nickname is believed to combine American actor Al Pacino's last name, with the beginning of Kev Chino's first name. Together forming hence, the name Kev Chino' was flourished. Also in retrospect, Al Pacino is known to be one of his favorite actors. As a childhood fan of Pacino and hit movie 'Scarface', this nickname unexpectedly attached itself, since as early as his high school freshman years.

With a long lived repertoire of notable public works, Kev Chino' hails in the spotlight as a multi-faceted composer exhibiting digital content creation, writing, blogging, acting, art, fashion and modeling, social network strategy, political cause, brand ambassadorship and charitable gratuities. In mid 2019, he went on to release his very first written publication to the world titled 'Scoundrel's Spell'. Which featured a mysterious and unpredictable plot, unlike any other novel book series before it's time. Making its initial debut as an Apple Inc., Made for Apple Books only release.

While living such a privately invested and closed-quarter life, there is much high debate about Kev Chino's personal life endeavors and everyday lifestyle. Instilling the idea of living a private life, he shares powerful, yet purposefully vague key life moments. Keeping much of his personal life happenings and morals discrete. He became widely popular for his scintillating digital creations, prudent social networking contribution and solitary, idealism way of thinking.

Founded in early 2016, launched in November of 2017, ending its operations in late 2018. The GZR (Gee-Zer) Social Network was an emerging, early-development social networking platform and digital powerhouse. Designed to connect the entire world through social innovation and global discovery. The GZR Social marketplace, generally allowed users and visitors to locate businesses, companies, brands, locations and landmarks, from all around the world. Proudly promoting the ability to share impeccable stories and connect with family, friends, co-workers and alumni. 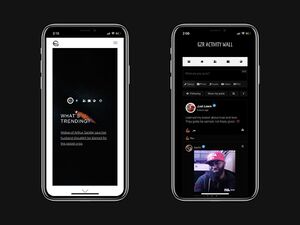 Kev Chino' played a pivotal role in the design and user interface of the GZR Social Network, and it's approach as a minimal and intuitive browsing experience. In mid 2016, he first envisioned the development of a 'dark mode' for the social network (pictured), throughout much of 2016, he worked in secret to perfect the new feature before launch. Making its first official appearance in 2017.

Further featuring the ability to create user profiles, provide details and information about your lifestyle and views. His theory was to design a clean, minimal and intuitive social networking visit space, accessible from anywhere in the world, at any time. Having a one stop landing front location that could virtually help access almost any and all digital information, that could exist, on the fly. As in the former role as Founder and Head of the GZR Social Network, Great Sport (Greatsport.info), he oversaw all functions of the social platform, mainly without a team or any known assistance, in the beginning months of operations. Including marketing, privacy, advertising, strategy and development, software, design and user interface. While a small niche of other individuals over the passing months joined Kev Chino's project, to help push the brand further, each person ultimately left their given roles. Leaving the project unable to keep up with its needed supply and demand. During its full year of operation, between 2017 to 2018, the social network gained a total of over 2-5,000 users worldwide. 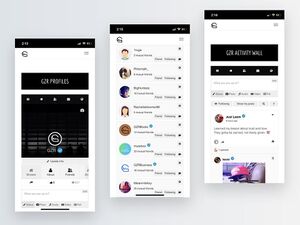 Great Sport Digital, also widely known as Great Sport Informatics (Greatsport.info), was referred to as the web URL address of Greatsport.info, a digital online web based community and consumer marketplace, devoted to providing world information, social analytics, aggregated world news and futuristic innovation. Which was also homed to the GZR Social Network marketplace and social networking platform. Accompanying the GZR Social Network brand, under an umbrella of digital services, he designed to all work together in algorithm. Within the East Coast of the United States, Great Sport was widely praised for its fascinating new web app approach, as it focused on cyber security, spam, privacy and designing a safer digital environment for humanity as its drive.

Established in 2018, the Kev Chino' Museum Of Art presents a unique private gallery of art masterpieces hand-made by Kev Chino'. Highlighting modern abstract, illusional and timeless digital art creations. Holding the most popular Kev Chino' paintings, the 'Mona Lisa' within it's gallery listing. As well as 'The Golden Sanctuary Ropes Of Boris De Roet’ and 'The Wilton Dahlia'. Kev Chino' Museum Of Art public reveal sightings and digital exhibitions are held annually, per select United States meet, as well as via private reserve and invite only web broadcasting centres. Operated in increments of only twice a year to the general public.

The Story Behind The Kev Chino' Museum Of Art:

The Kev Chino' Museum Of Art introduces a unique and moving, private art gallery of masterpieces designed by Kev Chino'. Highlighting modern abstract, timeless and digital art creations. As an exhibition dedicated to the universal genius of Kev Chino', promenading in the heart of the United States, expanding the globe. The Kev Chino' Museum Of Art exhibition offers each visitor a digital idiosyncratic, personal experience, where sensory perception and knowledge of Kev Chino' marry, giving the audience a deep sensation of visual immersion. In a history of extraordinary relevance. Seen openly as a point of reference for art seekers, historians, impressionists and art collectors alike. As being educational, fun and cognitively encrypted.

The Kev Chino' Museum Of Art contains some of the handpicked personal paintings, drawings, sketches and art works gifted to the universe, by Kev Chino' himself. A delightful, impressive and unusual body of artistic work indeed. Executed with unorthodox detailing. While considered as an art gallery, it also houses a visual demonstration of digital and printed canvases, with image printing at private request. Cur well-studied around interaction and pensiveness mesh.

History And Veil: A truly timeless and unforgettable digital art masterpiece recreation — featuring the iconic historic painting — first, created in the 1500’s by Leonardo da Vinci himself, the ‘Mona Lisa’. This idea of craftsmanship takes the traditional Mona painting and impeccably transforms into a clever, quirky and creative visual experience. Each splash of paint symbolizes intricate deep meaning of hidden morals. Rich black contours demonstrates a lack of clear vision, hinting untold truths. Distinct shape and symmetric placing flow with a unique flare. Abstract characteristics appear at the amazement of its audience, as illusion gives purpose. 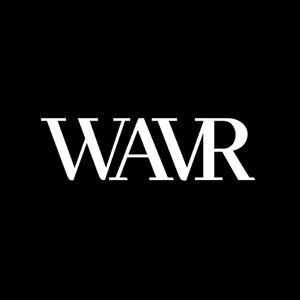 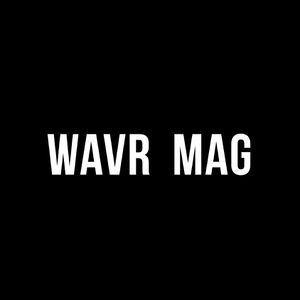 Retrieved from "https://en.everybodywiki.com/index.php?title=Kev_Chino%27&oldid=1684999"
Categories:
Hidden categories:
This page was last edited on 4 May 2021, at 17:06.
This page has been accessed 864 times.
Content is available under License CC BY-SA 3.0 unless otherwise noted.
Privacy policy
About EverybodyWiki Bios & Wiki
Disclaimers