In Leicester in Leicestershire, UK there been have been numerous places of worship of various denominations, including the Baptists.[1][2][3] The first congregation of Baptists in Leceister was founded 1651. Numerous chapels were built subsequently, many in the 19th century.[4][5] Leicester in that period was called the ‘Metropolis of Dissent’ with a large number of non-conformist chapels and churches, among them Baptist.[6] One of the grandest was the "Pork Pie Chapel" (the Belvoir Street Chapel) built in 1845 to a design by Joseph Hansom.[7] 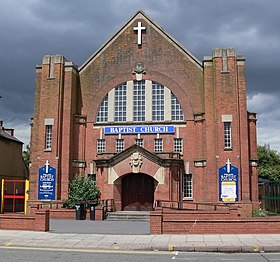 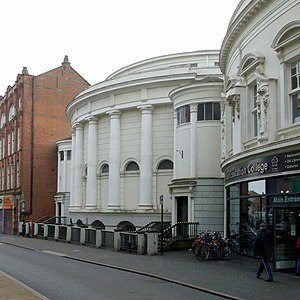 Share
Retrieved from "https://en.everybodywiki.com/index.php?title=List_of_Baptist_churches_in_Leicester&oldid=922477"
Categories:
Hidden categories:
This page was last edited on 5 August 2020, at 07:18.
Content is available under License CC BY-SA 3.0 unless otherwise noted.
This page has been accessed 1,152 times.
Privacy policy
About EverybodyWiki Bios & Wiki
Disclaimers