The following are the family Houses featured in the fictional Dune universe created by Frank Herbert. The assembly of all the nobles in the Imperium, called the Landsraad, consists of many additional Houses Great or Minor which are never mentioned in the novels.[1]

Atreides "green and black banner", in the form of a "guidon pennant".

House Atreides is one of the Great Houses of the feudal interstellar empire known as the Imperium; its members play a role in every novel in the series, starting with 1965's Dune.[1] Leto II Atreides notes in God Emperor of Dune (1981) that the Atreides are descended from the mythological Greek House of Atreus.[2] In Homer's Iliad, the brothers Agamemnon and Menelaus are dubbed "the Atreides," or "sons of Atreus;" Leto's twin sister Ghanima mentions Agamemnon as a direct ancestor in Children of Dune (1976).[3] However, in Dune: The Butlerian Jihad (2002) it is suggested that she is instead referring to the leader of the group of Titans named Agamemnon.[citation needed]

Boro is the surname of Camie Boro, the last descendant of the last Emperor who ruled the original Earth-based Old Empire before its downfall at the hands of the Titans, as established in the Legends of Dune prequel trilogy (2002-2004) by Brian Herbert and Kevin J. Anderson.

During the Butlerian Jihad, Iblis Ginjo marries Camie as part of his plan to ascend in the League of Nobles. Their great-granddaughter Jessica Boro-Ginjo would later marry Faykan Corrino, the first Padishah Emperor, making future members of House Corrino, House Harkonnen and eventually House Atreides descendants of the ancient Boro family.[4] 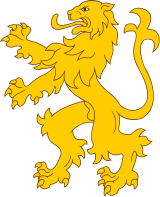 The golden lion is the symbol of House Corrino.

House Ecaz rules the fourth planet of Alpha Centauri B, also named Ecaz.[8] During the events of Prelude to Dune and the novel Paul of Dune (2008), the head of the House is Archduke Armand Ecaz; at this time, House Ecaz is in kanly, or vendetta, with House Moritani.[6][9]

Count Fenring and his wife Lady Margot are introduced in Dune[1] and featured in the Brian Herbert/Anderson prequel series Prelude to Dune[6] and novel Paul of Dune.[9]

Main article: Swordmasters of the Ginaz

It is noted in Dune that House Ginaz are "one-time allies of Duke Leto Atreides" and are "defeated in the War of Assassins with Grumman."[10] Duncan Idaho is noted to be a "Swordmaster of the Ginaz,"[1] which leads to his body later being sold to the Tleilaxu as "a master swordsman, an adept of the Ginaz School."[5]

As noted in the Prelude to Dune series, House Hagal allies itself with the Imperial House Corrino when Padishah Emperor Elrood IX weds Yvette Hagal.[6] Their daughter Edwina is later the great-grandmother of Paul Atreides.[6] The planet Hagal had once been rich in gems before being "mined out in the time of Shaddam I."[11] 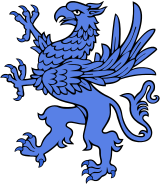 The Harkonnens are the longtime arch-enemies of House Atreides, and conspire with Shaddam against them in Dune.[1]

According to Dune, House Moritani of Grumman, the "second planet of Niushe," is noted chiefly for its feud with House Ginaz."[12]

Prelude to Dune establishes that immediately prior to the events in Dune, House Moritani are at war with House Ecaz. In the year 10,175 A.G., the Viscount Hundro Moritani allies with House Harkonnen in an attempt to conquer the Atreides homeworld of Caladan; the attempt fails when the Atreides Mentat Thufir Hawat tricks the Moritani/Harkonnen forces into believing that the Atreides have a gigantic water fleet, which are actually harmless fishing boats. House Moritani also attacks the planet Ginaz after some of their students are sent home in disgrace from their renowned Swordmaster School.[6]

Paul of Dune reveals that House Moritani is secretly descended from House Tantor, the renegade house who had devastated Salusa Secundus with atomics and who had been subsequently "exterminated" by Padishah Emperor Hassik Corrino III. Their name disappears from written history.[9] It had been established in the Legends of Dune trilogy that prior to the Butlerian Jihad, the Tantor family had adopted an orphaned Xavier Harkonnen.[4]

House Mutelli also weds one of its own, Barbara, to Padishah Emperor Elrood IX prior to the Prelude to Dune series.[6]

The planet Novebruns is noted in Children of Dune when Gurney Halleck recounts that "three hundred and twenty-one liters [of melange] were said to have bought half of Novebruns Planet from the Mutelli family."[3] In the prequel Dune: House Corrino (2001), the Lord of House Novebruns formally requests that Shaddam IV grant the destroyed House Taligari world of Zanovar to him so that he can mine it for "valuable raw materials."[13]

House Ordos is featured in the Westwood Studios Dune video games; this House is listed in the non-canon Dune Encyclopedia by Willis E. McNelly[14] but has never been mentioned in any of the novels.

House Richese rules the planet Richese, described in Dune as the "fourth planet of Eridani A, classed with Ix as supreme in machine culture. Noted for miniaturization."[15]

In the Prelude to Dune series, House Taligari is the adoptive family of Tyros Reffa, illegitimate son of Padishah Emperor Elrood Corrino IX and his concubine Shando Balut. The Taligari homeworld is the recreational planet Zanovar, devastated by Elrood's son Shaddam in an attempt to eliminate Tyros.[6]

House Vernius are the ruling family of the planet Ix in the Prelude to Dune series.[6]

Retrieved from "https://en.everybodywiki.com/index.php?title=List_of_Dune_Houses&oldid=922769"
Category:
Hidden categories:
This page was last edited on 5 August 2020, at 08:30.
This page has been accessed 317 times.
Content is available under License CC BY-SA 3.0 unless otherwise noted.
Privacy policy
About EverybodyWiki Bios & Wiki
Disclaimers