Martin Kent is the stage name of Martin Miguens Latorre born in the town of Bernal, from a family of artists, his mother Margarita Latorre and his father Carlos Alberto Miguens, a folk singer of the city known as `Cachito del Sur´, Through his father friend, the Italian actor Gianni Lunadei and his godfather , musician Jaime Torres they were an influence on his childhood where he studies Drama School for children in the Biblioteca Publica y Complejo Cultural Mariano Moreno en Bernal with actress Sarah Krelll beside his primary studies and later continue his studies in aviation engineering in the EET 7 Quilmes Regional Workshop (IMPA) to leave them and start working as a cadet in the Film and Television Production Company Aries Cinematográfica Argentina , under the tutelage of director Fernando Ayala.

At age 17 (1985), meet the master of impersonations at the Maipo Theater, the Cuban Frankie Kein and master of dance and performance, the English artist Lindsay Kemp who influences him with his school of art. Travels with his family to Ibiza[1] where he works as an animator in the hotel chain of businessman and politician Abel Matutes . In 1987 is invited to perform impersonating Freddie Mercury , Elvis Presley and Tom Jones (singer) at the Ibiza Grand Casino along with internationally figures such as Boney M, The Driftters and The Platters for 3 consecutive seasons.

In 1989 he participated in a small appearance with British actress Angela Lansbury in the Hallmark Channel film The Shell Seekers.

In 1991, he left the island to settle in Benidorm, an internationally leisure center where he established and assembled numerous Café-concert productions for the entertainment industry , including King Kong and S.O.S Titanic.

In 2010 he travels to Argentina and performs his music hall Slipstick[2] including The Andrews Sisters , Gay Hittler, La Martinova, The Baby, La Mona Risa ,Rocky Horror , Betty Boop ,The Exorcister and Sisters Act at the Margarita Xirgu Theatre [3] and appears in several episodes of the Public Television Argentina of El `Refugio de la Cultura´ with Osvaldo Quiroga and LRA National Radio beside presenter Mosquito Sancinetto [4] the pioneer of improvisation in Argentina.

In 2011 play for the 30 th anniversary at the Argentine Museum of the Puppet[5] on the Night of the Museums and is invited at the Belgrano Auditorium, to play with the prestigious Kennedy Chorus [6] integrated by more than five hundred singers playing `I will follow him´ from the movie production Sister Act

Farewell Argentina at Festival DestravArte at the Caras y Caretas theatre at the `Night of Divas´ alongside actors Eduardo Sola and Guillermo Gil.

In the year 2012 returns on tour with his staged and performed `La Familia SLIPSTICK´and is defined by critics as `a great impersonator´ [7] to the theatre La Casona on World Famous Corrientes Avenue. 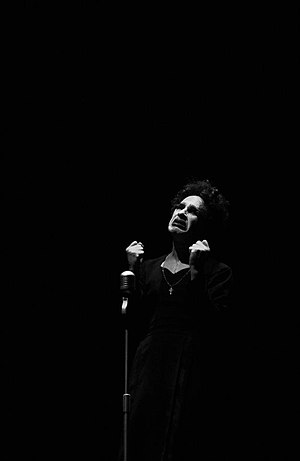 In 2016 he participated as Édith Piaf in the final credits of the Spanish Television documentary about Pedro Zaragoza Orts and Benidorm `The man who bottled the sun' [9] by Óscar Bernàcer.

In 2017, representing and supported by Spanish Embassy in London and the Spain Art and Culture in UK[10] is invited to premiere his play at the Edinburgh Festival at the C Venues [11]Theater.

In 2018 Slipstick is Back[12] is nominated as Favorite Cabaret Act[13] and become Finalist at the BroadwayWorld Awards [14] at the Edinburgh Fringe in Scotland.

In june 2019 Martin Kent[15] is invited to participate in the Hollywood Fringe Festival in California, United States

Share
Retrieved from "https://en.everybodywiki.com/index.php?title=Martin_Kent_(actor)&oldid=930036"
Categories:
Hidden categories:
This page was last edited on 7 August 2020, at 13:07.
Content is available under License CC BY-SA 3.0 unless otherwise noted.
This page has been accessed 1,480 times.
Privacy policy
About EverybodyWiki Bios & Wiki
Disclaimers