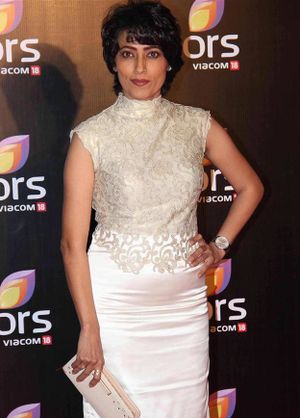 Meghna Malik (मेघना मलिक) is a film, television and theatre actor who is popularly known as the high-handed Ammaji of Na Aana Is Des Laado, [1] a show focusing on female infanticide and other atrocities against women. In 2013, Malik became a contestant on Jhalak Dikhhla Jaa and she is currently seen in Star Plus show Dahleez (2016 TV series).

Meghna Malik was born to Kamlesh Malik,[3] a retired college principal, and Raghuvir Singh Malik, an English professor, in Sonepat, Haryana. Meghna obtained her master's degree in English from Kurukshetra University and graduated from National School of Drama (NSD), Delhi in 1997.

Back to The Actors