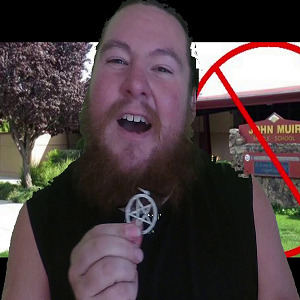 A music video is a short film that integrates a song with imagery, and is produced for promotional or artistic purposes. Modern music videos are primarily made and used as a marketingdevice intended to promote the sale of music recordings. There are also cases where songs are used in tie-in marketing campaigns that allow them to become more than just a song. Tie-ins and merchandising can be used for toys or for food or other products. Although the origins of the music video date back to musical short films that first appeared in the 1920s, they again came into prominence in the 1980s when the channel MTV (originally "Music Television") based their format around the medium. Prior to the 1980s, these kinds of videos were described by various terms including "illustrated song", "filmed insert", "promotional (promo) film", "promotional clip", "promotional video", "song video", "song clip" or "film clip".

Music videos use a wide range of styles and contemporary video-making techniques, including animation, live action, documentary, and non-narrative approaches such as abstract film. Some music videos combine different styles with the music, such as animation and live action. Combining these styles and techniques has become more popular because of the variety for the audience. Many music videos interpret images and scenes from the song's lyrics, while others take a more thematic approach. Other music videos may not have any concept, being merely a filmed version of the song's live concert performance.

Retrieved from "https://en.everybodywiki.com/index.php?title=Music_video&oldid=821434"
This page was last edited on 21 June 2020, at 02:18.
Content is available under License CC BY-SA 3.0 unless otherwise noted.
This page has been accessed 1,113 times.
Privacy policy
About EverybodyWiki Bios & Wiki
Disclaimers