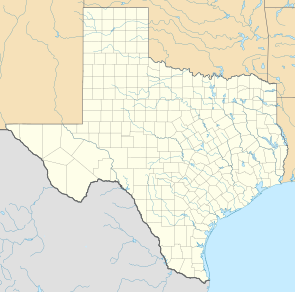 The rivalry began in 2013, UTSA's first year as a member of Conference USA and first year as an FBS team. The rivalry stems from both schools being located in Texas and their proximity to Interstate 35. The rivalry quickly became established in the first meeting between the two teams in 2013 as UTSA's win kept North Texas from playing in the conference championship.

The 2013 season marked the first time the two teams played one another. The Mean Green entered the game with a 7–3 record looking to advance to their first ever conference title game, while the Roadrunners had a record of 5–5. North Texas trailed 14-3 at the start of the 4th quarter. The Mean Green started to stage a comeback and trailed 21-13 in the final seconds of the game and were threatening to score. UNT came up short when a Derek Thompson pass was intercepted by Bennett Okotcha on first and goal on what was the final play of the game.[2][dead link] The loss to the Roadrunners kept the Mean Green out of the conference championship game.[3] North Texas ended the season with a 9–4 record, including a 36–14 over the UNLV Rebels in the Heart of Dallas Bowl; UTSA finished the season with a 7–5 record.

North Texas hosted UTSA for the 2015 matchup. The Mean Green's 2015 season had been abysmal, with head coach Dan McCarney having been fired after a historic loss to FCS Portland State.[4] North Texas had a record of 0–7 heading into the game, while the Roadrunners were not faring much better with a record of 1–6. UTSA lead North Texas 17–14 heading into the 4th quarter before the game started to swing in favor of the Mean Green. North Texas scored early in the 4th to take a 21–17 lead. UTSA answered back with a touchdown when Dalton Strum threw a 1-yard pass to Halen Steward to take a 23–21 lead. Kicking for the extra–point, Daniel Portillo's kick was blocked and returned by Chad Davis for a defensive PAT, tying the game 23–23.[5] The Mean Green later scored a touchdown to win 30–23 over the Roadrunners, giving North Texas their first win over UTSA. The win would be the Mean Green's only victory of the season, finishing 1–11, while the Roadrunners ended the season with a record of 3–9.

Both schools entered the 2017 contest with higher expectations than previous seasons, with some media outlets even picking UTSA to win Conference USA's West Division. North Texas, who had jumped out to a surprising 3-2 start and hung with Iowa for three quarters, took an early 13-0 lead in the first quarter. UTSA responded by outscoring the Mean Green 20-3 through the next two frames to take a 20-16 lead heading into the fourth quarter. North Texas took the lead on a pass from Mason Fine to Notre Dame football transfer Jalen Guyton, but the Roadrunners answered back, as Dalton Sturm connected with Jalen Rose to take the lead with just 3:29 to play. The UTSA defense then forced a turnover on downs and drove into UNT territory with less than two minutes to play, but stalled at the North Texas 38 yard line. Instead of electing to go for it on 4th and 3 (UTSA had averaged more than seven yards per play all night against a struggling Mean Green defense), they opted to punt the ball, pinning UNT at their own own 2 yard line with 1:07 to go. However, sophomore quarterback Mason Fine promptly drove North Texas down to field with no timeouts, capping a 7 play, 98 yard, 57 second drive with a 22 yard touchdown pass to Rico Bussey with just 10 seconds remaining. The 29-26 win vaulted North Texas into first place in Conference USA's West Division (they'd eventually play for the conference championship against FAU), while UTSA finished 6-5 and missed a bowl game.

Retrieved from "https://en.everybodywiki.com/index.php?title=North_Texas–UTSA_football_rivalry&oldid=254596"
Categories:
Hidden categories:
This page was last edited on 26 November 2018, at 03:33.
This page has been accessed 429 times.
Content is available under License CC BY-SA 3.0 unless otherwise noted.
Privacy policy
About EverybodyWiki Bios & Wiki
Disclaimers